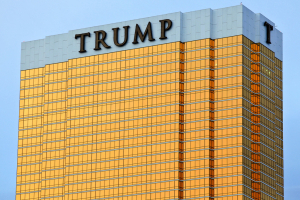 Over the last few days, commentators have argued that President-Elect Trump’s business interests in the D.C.-based Trump Hotel may create constitutional problems under the Emoluments Clause. See, e.g., [Noah Feldman (Harvard)], Trump’s Hotel Lodges a Constitutional Problem, Bloomberg View (Nov. 21, 2016). As relevant here, the Emoluments Clause prevents a person holding a federal office from accepting any “present”  or “emolument” of any kind from any foreign country, unless Congress consents. Foreign diplomats have recently stayed at the Trump Hotel and this raises questions about whether, if this practice continues after inauguration, any lodging fees collected in connection with their stays would constitute the acceptance of a present (gift) or emolument by Trump.

Until now, I had never thought seriously about the Emoluments Clause, and I cannot claim to have definitively identified its original public meaning. However, after several hours of research, I am skeptical that diplomatic stays in the Trump Hotel automatically create a constitutional problem under the Emoluments Clause. As discussed below, the hotel income from diplomatic stays likely does not reflect (1) a present/gift or (2) an emolument. (N.B. I do not doubt the many conflict of interest problems raised by Trump’s business activities. My analysis here focuses solely on the textual interpretation of the Emoluments Clause under a stylized set of facts.)

When a businessperson who runs many active businesses runs and wins for President, clearly there would be many second order problems associated with inherent conflicts between running corporations and the country.  When President-elect Trump won the office, many of these conflicts have bubbled to the surface.

For example, to avoid a conflict of interest between benefiting one’s personal holdings and the Country’s best interests, assets of the President are placed in a blind trust.  As many have pointed out, this works only when the President does not know the nature of the holdings.  Putting existing businesses into a blind trust does not stop the President for knowing the underlying assets of the trust.  The conflict is not ameliorated by trust structure.  Nor, by the way, would it be fixed if President elect Trump divests but the family continues to own the assets.

For this post, I want to consider the current discussion related to the blind trust problem called emolument.  Many prior to the election probably have not heard much about the idea of emolument.  Larry Tribe and others believe that President elect Trump’s ownership of active business assets, even in a blind trust, would violate, Article I, Section 9, Clause 8 of the Constitution which prevents the President from accepting “presents” or “Emolument” from foreign states.  Others, like Andy Grewal, do not believe that mere ownership of assets triggers the Emolument Clause. ...

If the call for divestiture to calm the Emolument Clause and/or blind trust problems is to eliminate any conflicts of interest between President elect Trump’s ownership stakes in ongoing enterprises, then the remedy can’t be a tax event.  That would seemingly be the result here.  A modification of the statute would need to be implemented to achieve an equitable resolution.

The Wall Street Journal has an editorial headlined "The Trump Family Political Business," recommending that President-elect Trump liquidate his holdings to eliminate concerns about conflicts of interest.

The editorial doesn't really get into the question, but it's certainly conceivable that Mr. Trump could take the position that if he goes ahead and does what the Journal is recommending, both he and his children would qualify for an exemption from capital gains taxes under 26 USC 1043, "Sale of property to comply with conflict-of-interest requirements."

A Forbes article from 2006 documents the way various cabinet officials in previous administrations have used the provision to avoid capital gains taxes.