Marian:  Is Something Rotten In The Grand Duchy Of Luxembourg? 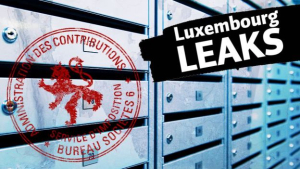 In November 2014 the ICIJ published hundreds of privately negotiated advance tax agreements (ATAs) granted by tax authorities in Luxembourg to MNEs. The documents were leaked by two former employees of the PwC Luxembourg office. The documents revealed that by securing ATAs in Luxembourg, MNEs were able to avoid high tax liability in jurisdictions where they had real activity and instead pay a much smaller amount of tax to Luxembourg, where they had no or little activity. The affair, appropriately coined ‘‘LuxLeaks,’’ caused a major popular uproar. Several official investigations followed the leak. This article argues, however, that the discussion over the past two years missed the worst aspects of the LuxLeaks scandal.

The article turns the focus away from the substance of the Luxembourg ATAs and instead explores how the ATAs were issued. The process exposed in LuxLeaks does not meet the standards one would expect from a developed democracy. Evidence suggests that Luxembourg issued ATAs without seriously reviewing taxpayers’ submissions or receiving (or even asking taxpayers to provide) necessary information, while ignoring a previous European Commission decision and Luxembourg’s own administrative guidance. These aspects of the Luxembourg rulings process in the relevant period puts to question Luxembourg’s argument that the process was legal.

The article starts by describes some of the technicalities of Luxembourg’s ATAs, using debt-equity arbitrage as an example. After laying the necessary background, the article ponders the legality questions and summarizes the mounting evidence against the legality of Luxembourg ATAs exposed in LuxLeaks. Most importantly, it explains that the questions of legality extend well beyond the state aid issue (although state aid is probably the most salient because of the European Commission investigations in that regard) and raises serious concerns regarding the administrative process. The article then discusses the difficulty in obtaining facts about the role played by the individuals involved, in particular Marius Kohl and Jean-Claude Juncker. The article concludes with a call for a new international fact-finding mission with real investigative powers.

Lux is one of the most corrupt, constipated and charmless dominions around. It is Lichtenstein without scenery, Fraud and tax evasion is its reason for existence. It should be subsumed within Belgium and then salted. IMHO