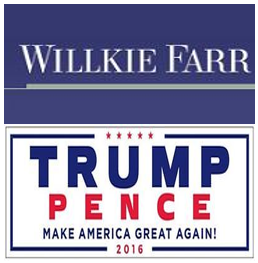 In 1991, Donald Trump bought a tax opinion from Wilkie Farr, a New York law firm, that allowed him to avoid tax on roughly a billion dollars of income. The legal theory behind the opinion is that there was no reduction of deductions if the banks traded their Trump-depleted debt for a partnership interest. The theory has neither the literal wording of the statute nor any court case on its said. Nonetheless the theory called Trump to keep a billion dollars of fake tax losses to shelter a billion dollars' of luxury consumption from tax when nothing was lost as a matter of economics.

We can state with a high degree of confidence that had the IRS challenged the theory in court, as its duty to God and Country required, it would have prevailed.

"as its duty to God and Country required"

Can't wait for this day to be over.