This paper examines various factors that affect estimates made by the Congressional Budget Office and the staff of the Joint Committee on Taxation of the budgetary savings from tax compliance proposals. Affecting the current law baseline, against which proposed changes are measured, are the size of the tax gap and the amount of Internal Revenue Service (IRS) resources. Other considerations that affect the revenue estimates for either appropriation proposals or changes to the tax code include the distinction between detection and deterrence, the budget scorekeeping guidelines, and the constraints faced by the IRS when trying to obtain a higher return on investment from new initiatives than from the activities allowed under current law. In addition to those common considerations, there are factors unique to proposals to increase funding and to those that would expand the IRS’s enforcement tools allowed under the tax code. Those unique factors are illustrated by two examples—first, the Administration’s proposal to increase funding for IRS enforcement actions that was included in its fiscal year 2016 budget submission and second, legislation enacted in 2016 to reduce identity fraud in the tax system. 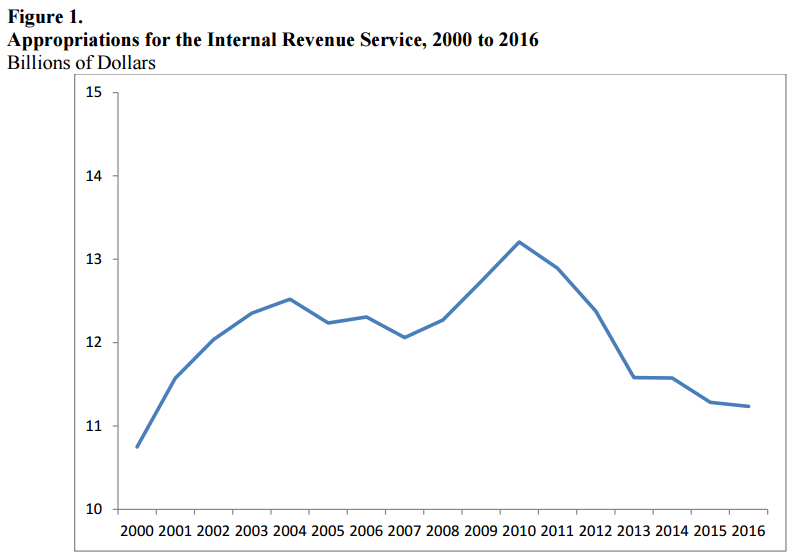