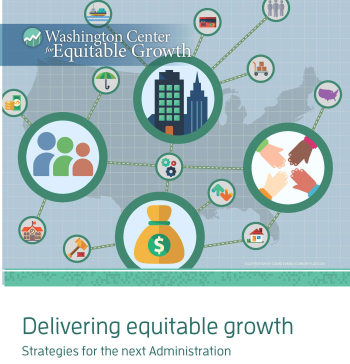 Wealth transfer taxes are a critical policy tool for mitigating economic inequality, including inequality of opportunity. They are also relatively efficient. This short essay summarizes why and how wealth transfer taxes should be strengthened. Reform options that our next President should consider include increasing the wealth transfer tax rate, broadening the base, repealing stepped-up basis, addressing talking points against wealth transfer taxes with little or no factual basis, and converting the estate and gift taxes into a direct tax on the recipients of large inheritances. ...

Wealth transfer taxes play a critical role in mitigating economic disparities, especially inequality of opportunity. The proposals offered here would soften the relative advantages of being born at the very top while leaving more than 99 percent of financial gifts and bequests unaffected. 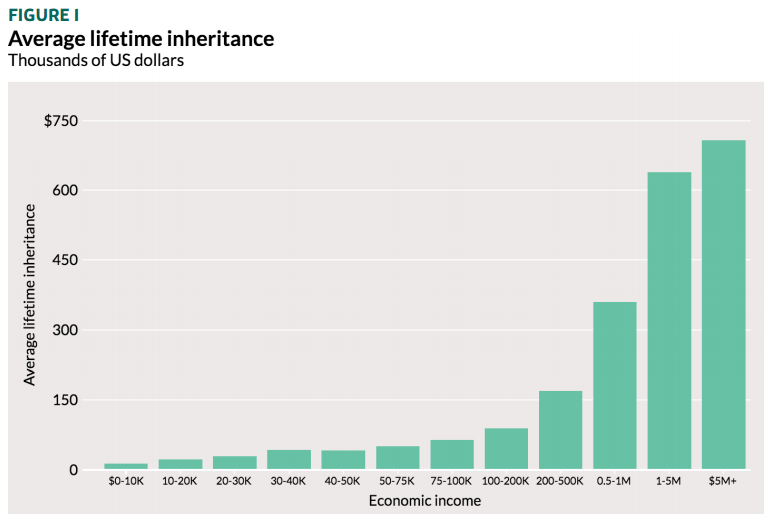 At the same time, these reforms options would raise a significant amount of revenue that could be used to mitigate the barriers to economic mobility that children from low- and middle-income families face. Effectively, they could fund a form of social inheritance through investments that partially make up for such families being unable to fund large financial wealth transfers to their children. The hundreds of billions of dollars raised could be used to fund universal pre-Kindergarten, expand the child tax credit for low- and middle-income working parents with young children, or increase the wage subsidy provided by the Earned Income Tax Credit for childless, frequently young adults. These proposals are estimated to significantly improve infant health, heighten academic achievement, boost labor force participation, and increase lifetime earnings for children from relatively disadvantaged backgrounds.

President Franklin Delano Roosevelt once said “inherited economic power is as inconsistent with the ideals of this generation as inherited political power was inconsistent with the ideals of the generation which established our government.” The same could be said today. Rather than falling near the bottom among our competitors on this score, we can recommit to creating a society where one’s financial success depends relatively little on the circumstances of one’s birth. A first step is to start taxing extraordinarily large inheritances like we tax good, old hard work.

This week, Professor Lily Batchelder of New York University published a paper titled “The Silver Spoon Tax,” which argues that the United States should strengthen its wealth transfer taxes, such as the federal estate tax. She argues that wealth transfer taxes are relatively efficient and that the next president should increase the estate tax rate, broaden the estate tax base, and eliminate stepped-up basis at death.

In making her case for expanded wealth taxes, Batchelder also argues against some common concerns about wealth taxes. One concern she addresses is the argument that the estate tax is a form of double-taxation. ...

Unfortunately, the nation just elected someone who believes that he and his estate are above taxation and that he is entitled to the economic inequality that he inherited and created at the expense of others.

In the course of asserting that Batchelder "ignores an important distinction," Pomerleau does exactly that -- by apparently regarding transfer taxes as no different from income taxes, in terms of what socio-economic policies underlie each of them.

Rhetorical question: What does it say about the U.S. given that it currently has the *most* progressive federal income tax system in the entire OECD, and yet it manages to redistribute income so poorly to the bottom 20-30% of households?

A fine example of what they say, "From each according to his ability..."
How has that system worked out in world history?