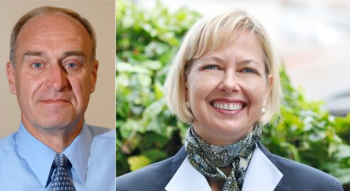 We the 52 undersigned tax law professors, academics, and clinicians strongly encourage you to set the U.S. Tax Court nominees, nominee numbers 510 and 511 (Vik Edwin Stoll and Elizabeth Ann Copeland), for an immediate floor vote. Both nominees were unanimously, favorably reported out of the Senate Finance Committee on April 18, 2016 and await a confirmation vote. The Senate received each nomination over a year ago. Vik Edwin Stoll’s nomination was received by the Senate on November 9, 2015, more than one year ago. Elizabeth Ann Copeland’s nomination was received by the Senate on May 4, 2015, over eighteen months ago.

These two nominees have been fully vetted and favorably reported out of the Senate Finance Committee. Moreover, appointment to the U.S. Tax Court has traditionally been a nonpartisan appointment, based on merit. The Senate should therefore look past any partisan concerns and bring these nominees to the floor for a vote.

For the Senate to fail to vote on two U.S. Tax Court nominees who were unanimously, favorably reported out of the appropriate Committee would not only be a waste of government resources, it would be a hardship to taxpayers. The U.S. Tax Court is the sole trial court through which taxpayers may seek judicial relief before paying a disputed federal tax liability, and it is the trial court through which nearly all tax litigation flows. Vacancies on the U.S. Tax Court mean that taxpayers wait longer for their cases to be heard, while interest continues to accrue should the deficiency be upheld, as do time-sensitive penalties, if applicable. Thus, a delay in considering nominees to this court is costly for U.S. taxpayers. As tax law professors, we are concerned about the hardship to taxpayers that Congress’s failure to act on U.S. Tax Court nominees occasions.

For all of these reasons, please do not let these nominations expire with the end of this Congress; instead, allow them the opportunity to have a full vote on the Senate floor.

After all this time of obstruction, why would the GOP now allow a vote on this?

Oh, I suppose I should add the following. I likely know more than most or all of the 52 about such matters. Ms. Copeland is an excellent and principled choice for USTC Judge.

Well, that's a hoot. Make these two judges because "academics" support them. And, "tax law professors" as well. You all are deluded as to the importance of your input. Let's see what the new president and his cabinet think, eh?

The article could not be more wrong about the partisan nature of the appointments. The last several judges have had strong connections to one political party or the other. Also, none of the last several appointments have ever tried a case in Tax Court. Their first time stepping into court will be when they are a judge.