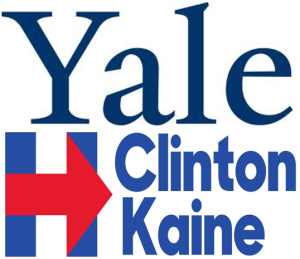 The Yale Daily News appears to have violated tax laws by endorsing Hillary Clinton on Wednesday, despite being prohibited from doing so as a tax-exempt 501(c)3 organization.

In 1969, the same year Yale College went coed, a young woman entered Yale Law School. Like many of us, she was an idealist: She took on child abuse cases and provided free legal advice to the poor. Like many of us, she was a go-getter who worked at the Child Study Center and conducted research on migrant labor. Long before she became Secretary of State Hillary Clinton LAW ’73, Hillary Diane Rodham was working to make our country a better place. Almost four decades later, the News is proud to endorse her for president.

We do not endorse Clinton solely because of the disqualifying flaws of her opponent, Donald Trump, whose campaign has disgusted and astonished our board. Indeed, our endorsement of Clinton should come as no surprise: A recent survey conducted by the News found that a vast majority of students support her candidacy. We endorse her because we, as young people, recognize this election is a turning point for our country. And the choice couldn’t be more clear.

Voting for Clinton is our obligation to ourselves and to future generations. ... Like the young woman who arrived in New Haven in 1969, we have the power to realize a different future. That power lies in our vote. Let’s use it to elect Hillary Clinton.

The Yale Record, America’s “oldest college humor magazine,” taunted the IRS on Thursday by essentially endorsing Hillary Clinton for president by “not” endorsing her. The magazine is a tax-exempt 501(c)3 organization, meaning they are prohibited from engaging in political activities. ... Any reasonable reader would infer that the editorial board is indeed supporting Clinton for president. The only question is whether the paper gave itself enough legal wiggle room before publishing what might as well be a full-throated endorsement.

This year’s presidential election is highly unusual, but ultimately no different: The Yale Record believes both candidates to be equally un-endorsable, due to our faithful compliance with the tax code.

In particular, we do not endorse Hillary Clinton’s exemplary leadership during her 30 years in the public eye. We do not support her impressive commitment to serving and improving this country—a commitment to which she has dedicated her entire professional career. Because of unambiguous tax law, we do not encourage you to support the most qualified presidential candidate in modern American history, nor do we encourage all citizens to shatter the glass ceiling once and for all by electing Secretary Clinton on November 8.

The Yale Record has no opinion whatsoever on Dr. Jill Stein.

Employees at the eight prestigious schools donated $25.3 million to Democrats over the last 25 years compared with $3.5 million to Republicans, reinforcing the notion that America’s universities lean heavily left. ...

Despite ongoing campus discussions about free speech, Yale remains deeply unwelcoming to students with conservative political beliefs, according to a News survey distributed earlier this month.

Nearly 75 percent of 2,054 respondents who completed the survey — representing views across the political spectrum — said they believe Yale does not provide a welcoming environment for conservative students to share their opinions on political issues. Among the 11.86 percent of respondents who described themselves as either “conservative” or “very conservative,” the numbers are even starker: Nearly 95 percent said the Yale community does not welcome their opinions. About two-thirds of respondents who described themselves as “liberal” or “very liberal” said Yale is not welcoming to conservative students.

“Anybody who supports Donald Trump or is a Republican is just hated,” said one respondent, who asked to remain anonymous for fear of backlash from liberal students. “I just get the general vibe that Republicans aren’t respected for their beliefs as much as maybe the liberal people are.”

More than 60 percent of the 103 Yale students supporting Republican presidential candidate Donald Trump said they are “uncomfortable” or “very uncomfortable” discussing their political beliefs at Yale.

The 2,054 respondents make up 37.58 percent of Yale’s undergraduate population, and results have not been adjusted for bias.

By contrast, more than 98 percent of respondents said Yale is welcoming to students with liberal beliefs. And among students who described themselves as “liberal” or “very liberal,” 85 percent said they are “comfortable” or “very comfortable” sharing their political views in campus discussions. 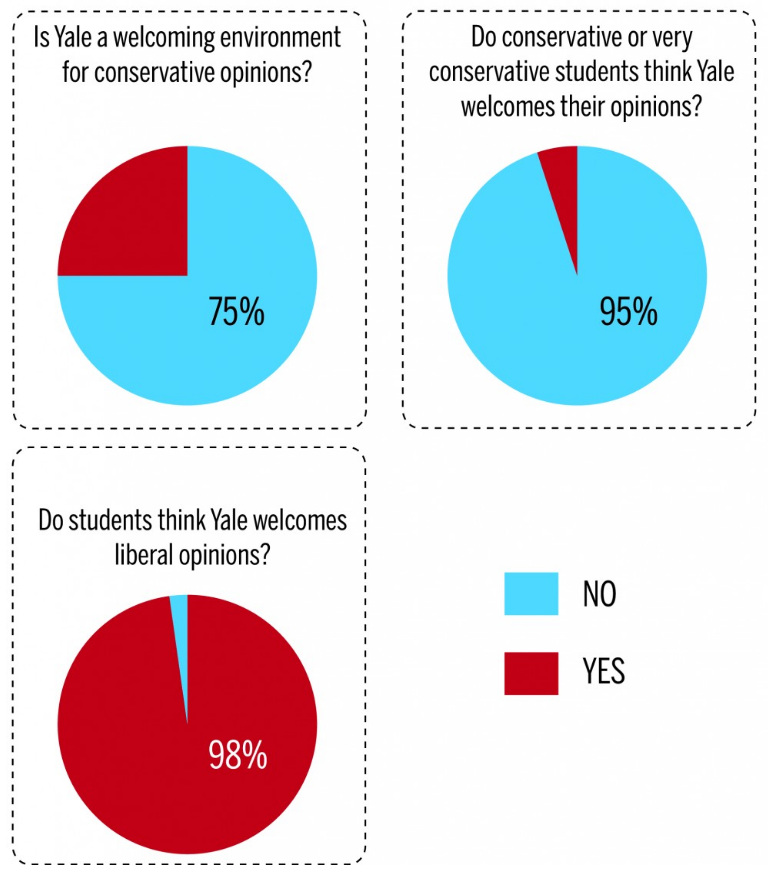 As to whether conservative views are welcome at Yale, I note that modern conservatism has become increasingly divorced from reality-based argumentation. I

Theodore, the point is not to indict yourself in making these arguments.

The Yale Daily News is hardly the only 501(c)(3) student newspaper to endorse Hillary Clinton. To name just three, Michigan State's State News, Penn's Daily Pennsylvanian, and UC-Berkeley's Daily Californian are all published by 501(c)(3) organizations and endorsed Hillary this year. (There are lots of other college newspapers that have endorsed Hillary also, but I haven't been able to confirm that they are necessarily 501(c)(3) organizations.)

You are a funny man.

Where's Bill Buckley when you need him? PS They won't lose their exemption.

In view of the IRS “scandal,” I think it highly unlikely that Yale or any of its affiliated organizations will lose its 501(c)(3) status by reason of a single political endorsement. One of the many accomplishments of the IRS scandalmongers is to have pulled the IRS’s teeth on this issue. What is sauce for the goose is sauce for the gander.

As to whether conservative views are welcome at Yale, I note that modern conservatism has become increasingly divorced from reality-based argumentation. Indeed, some conservatives even boast about this trend. This was not true when I was a student at Harvard. (I am not genetically liberal; I was one of many students who defended Harvard’s ROTC building from attack by the SDS during the Vietnam War.) I am at a loss to imagine how, at a university that demands that argument be backed by evidence, students or faculty would go about defending the view that anthropogenic climate change is not occurring. Yet climate change denial appears to be the mainstream conservative position. I would be surprised if any climate change denier would feel comfortable at any university with a strong science curriculum.

Yale Student Newspapers Risk 501(c)(3) Tax-Exempt Status To Endorse Hillary Clinton? Nah, no they don't. Not a chance. If they endorsed Trump it would be a whole other story. Along with loss of university funding, condemnation by professors, and so on.

Interesting that Yale's newspapers would break with such a long tradition to endorse a candidate who's the most known-in-advance-to-be-crooked presidential candidate in living memory. The same can be said for those eagerly donating professors.

Does this mean that we should establish an a priori assumption that to be connected with Yale as a student or professor means being corrupt, dishonest, and willing to do anything for money.

Yes, it does. Birds of a feather flock together and all that. Finding an honest man or woman at Yale seems to be an increasingly unlikely event. Yale has become a most corrupt institution, reflecting the elite class from which is draws.

In 1951, William Buckley Jr. published God and Man at Yale. It's now apparent that, God and any concept of integrity (masculine or otherwise) have departed from Yale, all that's left is corruption and greed. If there is no God, all things are permitted.

And it's not just Yale. I've begun a most depressing book looking at that pattern on a global scale. Why do you think that Cologne's politicians, law enforcement, and news media thought it appropriate to conceal sexual assaults on over 600 German women last New Year's Eve? The same reason that Yale thinks it appropriate to elect as president a woman with a decades-old reputation of shielded a sexual predator.

How dumb can these conservative yalees be? If you wanted your opinion noted they should go to George Mason or some other conservative school......must be their first taste of reality.....