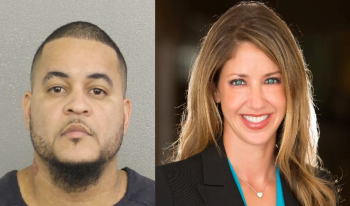 Wendi Adelson’s attorney is questioning the credibility of a statement prosecutors say could implicate her in the murder-for-hire plot of her ex-husband Dan Markel.

In a statement to police, Luis Rivera – one of two men charged in Markel’s July 2014 shooting – said he and Sigfredo Garcia drove by Adelson near Markel’s Trescott Drive home the day before the murder.

On Tuesday, Assistant State Attorney Georgia Cappleman said the chance sighting could implicate Adelson as a player in the plot.

However, her attorney, John Lauro said Rivera’s statement was based on information he had no way to corroborate.

“Rivera is hardly a credible witness, and as everyone in this investigation recognizes, he has no personal knowledge about the statements he made concerning Wendi,” Lauro said. “All of his alleged information is second or third hand and none of it has been corroborated during the investigation.”

David Lat (Above the Law), The Dan Markel Case: Wendi Adelson’s Lawyer Calls Out Her Accuser:

I’m keeping an open mind. If Sigfredo Garcia and Katherine Magbanua start cutting deals and pointing fingers at Wendi, then what Wendi called her “ill-fated romance” with Dan Markel will become more ill-fated than she ever imagined.

I am sure he does question that. Its his job and all...