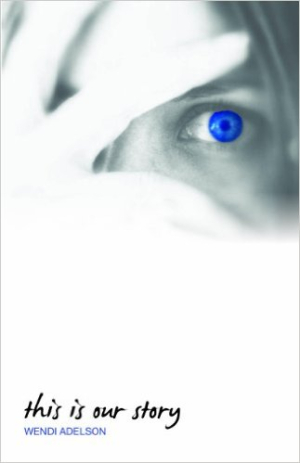 Following up on my previous post, What Wendi Adelson's Novel Reveals About Dan Markel's Murder:  Above the Law, The Dan Markel Case: Insights From Wendi Adelson’s Novel:

Over at Outside the Law School Scam, blogger “dybbuk123” took one for the team and read This Is Our Story, the “criminally lousy” novel written by Dan Markel’s ex-wife, Wendi Adelson. ...

A source of mine who also read This Is Our Story shared additional interesting observations:

The basic premise of Attorney Lily’s life is that she married a professor (Joshua Stone). She says that she married him too quickly, and that at the time she was “absolutely sick and tired of dating” and saw “dating, at its best, as nothing more than a romantic interview. ‘Are you the kind of person who would produce good looking, smart and nice children and never cheat on me and help me clean up the kitchen and love me even when I’m grouchy and not trade me in for a younger model and not join the other team?'”

This is, you may recall, pretty much exactly what Wendi said about Dan in her writing-class podcast — that she married a man she lacked passionate love for because she figured he would be a good father.

Joshua gets a job at North Florida State University in Hiawassee Springs (“the ‘Wassee), a small town in the Florida panhandle. Lily moves there because that’s where his job is, but she hates it. She takes many digs at “the Wassee” throughout the book — making fun of the people, their speech, their clothing, calling the town “irrelevant.”

This is consistent with what sources have described as Wendi’s dislike and disdain for Tallahassee, which she fled in favor of cosmopolitan Miami as soon as she could after Dan’s death.

Here are my source’s final reflections on the book:

Lily eventually finds her niche as an immigration lawyer helping victims of human trafficking, but her husband does not seem to respect what she does. There are lots of digs at the husband throughout — he doesn’t wear a wedding ring, he is distant from her, he wants her to have children and doesn’t care that she would have to give up the important work she is doing…. There is not much that is likable about the husband, because the book is told from Lily’s perspective and she is the heroine….

A couple of observations after having read it:

(1) The book was originally published in 2011, so — when they were still married. Given that the book casts Attorney Lily as a savior and Joshua Stone as kind of a dick, it seems kind of bold, arrogant, or aggressive to write and publish a book that includes a commentary on your marriage or your husband.

(2) This book could be the ultimate mind-twister for Dan, too. If he read it and got mad about something, she could just say, “But it’s fiction.” I feel like some of the details were thrown in there just for that purpose — to drive him crazy….

(3) In the podcast, Wendi said that Dan did not read her novel. I would be willing to bet almost anything that he did (even if you despised your spouse by the time the book was published, wouldn’t you be interested to see what it said about you?), but told her he didn’t because he didn’t feel like engaging with her on the book’s commentary on their marriage. [Ed. note: As noted by Dybbuk, “whatever his private misgivings, Markel extensively promoted Adelson’s debut novel, This Is Our Story, on his popular academic blog “Prawfsblawg.”]

(4) [My] main reaction to reading this book was the same reaction the Amazon commenter had when she read it a year before the murder. Wendi is a narcissist, plain and simple, and I felt like she was playing games by “selfishly” (as she herself says in the afterword) writing her own story into the book.

(5) Wendi says in the podcast that she never had a chance to tell her story or share how things looked from her perspective. She did. She told it in this book. In fact, this line from the podcast: “And I don’t get to complain that I didn’t do anything of those things because I am alive.” Same basic line appears in her book. She describes all of these things she dislikes about her life — living in “The Wassee,” being unsure about whether she wants to have children — and then: “The complicated truth is that I feel guilty complaining about anything when my clients’ lives are so hard.” Makes the line from her podcast seem inauthentic — like it’s just a rehearsed line.

Is Wendi an “inauthentic narcissist” spouting “rehearsed lines”? I’ve defended her before, but I know from my reader mail that many people respectfully dissent.

Florida State University is a massive research institution (40,000+ enrollment) with doctoral programs in the arts and sciences, in engineering, and in the academic aspect of an array of vocational disciplines. It lacks a medical school, but that's a suboptimal locus for a teaching hospital. As for Tallahassee, the dense settlement holds more than 150,000 people (most drawing a paycheck or a pension check from the state government or the university). It's not as intensely academic a community as State College, Pa, or Ithaca, NY, but there's an ample supply of people an overeducated haut bourgeois can tap for friends. With scant doubt this woman's problem was a habit of looking down on everyone and everything.