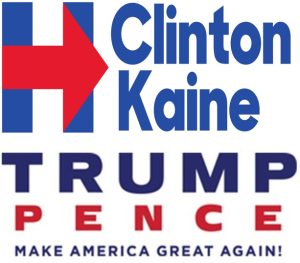 The death tax is an inevitable point of disagreement in a presidential campaign. Donald Trump would eliminate it to promote growth. Hillary Clinton would raise it—up to 65%, while lowering the exemption for estates to $3.5 million—to promote equality. The outcomes would be as different as their intentions. ...

Analysts at the Tax Foundation, where I work, have run the numbers using two models: one of the estate tax, based on historical filings, and another to estimate the economic effects on capital formation, GDP, profits, wages and federal revenue from those sources.

Mr. Trump plans to eliminate the estate tax. As a partial offset, he would end step-up in basis—which currently excuses unrealized gains in an estate from capital gains tax—for estates over $10 million. Our models suggest that these changes would raise GDP by 0.7% over 10 years and create 142,000 full-time equivalent jobs. After-tax incomes for the bottom four-fifths of Americans would rise by 0.6% to 0.7%, mainly due to wage growth. For the top fifth of the population, after-tax incomes would rise between 0.9% and 1.7%.

The Treasury would lose $288 billion in estate-tax revenue over the 10-year budget window, assuming no effect on the economy, but only $46 billion after taking the rise in GDP, wages and other income into account. Revenue losses in the first six years would be almost entirely offset by gains later in the decade, with more gains thereafter. Both the public and the government would be net winners.

Mrs. Clinton plans to lower the exempt amount to $3.5 million for estates and $1 million for gifts. She would raise the top rate to 45% for assets over $3.5 million, with further increases up to 65% for individual estates above $500 million. Although she has not specified the intermediate rates and thresholds, her plan appears similar to one offered by Bernie Sanders, which had rates of 50% for estates between $10 million and $50 million and 55% for those between $50 million and $500 million. We modeled our estimates on that basis.

The calculations show that Mrs. Clinton’s plan would lower GDP by 1% over 10 years and cost 194,000 full-time equivalent jobs. After-tax incomes for the bottom four-fifths of Americans would fall by 0.9% to 1%, due to slower wage growth. For the top fifth of the population, after-tax incomes would fall by 1.3% to 2.3%.

The changes would raise $310 billion for the government over the 10-year budget window, ignoring economic changes, but only $28 billion after taking the drop in GDP into account. Gains in the first six years would be almost entirely offset by losses later in the decade, with more losses thereafter. Both the public and the government would be net losers. ...

Thank you, Servius. I don't feel so lonely any more.

All things being equal, lower taxes are better for the economy. It's almost a tautology. You take less out of the economy and there is more in the economy. More in the economy, especially the type of capital that gets taxed in estate taxes, and the more production and prosperity all around.

But tax policy does not drive the business cycle. With no taxes and the monetary/credit policy we have there would still be a business cycle and we still would have seen the peak in ~2000

Mr Seto - obama and the congress reinstated the death tax in o9/10 with an increase fm 35 to 40%. Please point out the job growrh, gdp growth, and deficit reductions under Barack.

Trickle down is what we have right now with giving free money to the banks. Wall Street is doing great. The middle and lower classes not so much.

What people who love to punish people they hate tend to forget, is that estate taxes force the sale of family businesses. Farms and other small to medium sized businesses are disproportionately affected. This causes a decline in these types of businesses and concentrates wealth at the top.

Supporting estate taxes is like saying you hate Walmart but then supporting policies that close all the local mom and pop businesses.

Without taking a position on the estate tax plan of either candidate, is there any evidence that demand-side economics has "worked", specifically over the past 8 years?

Average annual real GDP growth has been less than 2%, and reduction in the number of people in poverty is less than 1 million, according to the official measures.

Trickle down economics has not worked for the middle class in the past and there is no good reason to think it will do so in the future.

unfortunately the Tax Foundation has an agenda

I can't hear you over the Wikileaks

Titel should read "Conservative supply-sider once again doctors up models to show tax cuts for the super-wealthy work even though there is zero empirical evidence."