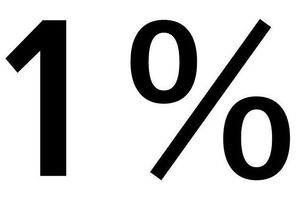 Bloomberg, How the IRS Helps the Rich Get Richer:

The top 1 percent gets the most from federal tax breaks, a new report shows, fueling election-year outrage over income inequality. ...

The top 1 percent of Americans as measured by income rake in 17 percent of all U.S. income on an annual basis—before taxes, of course. And that caveat is important, according to a new analysis by the Tax Policy Center (TPC), because that select group of citizens gets 27 percent of the tax breaks doled out by the federal government.

The TPC’s calculations show an estimated $1.17 trillion in federal revenue last year going to individual tax expenditures. ... While the wealthy see an outsize benefit compared with their share, the lowest-income households get just about 4 percent of federal tax breaks, close to their portion of all pretax income. That same trend holds for taxpayers in middle- and upper-middle-income households. 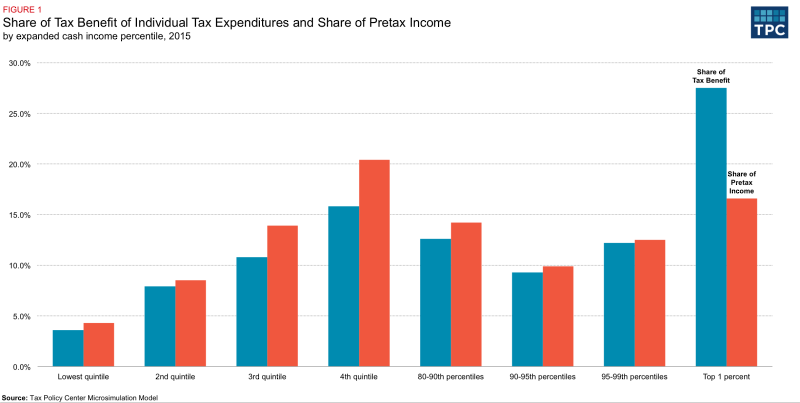 Estimated tax expenditure amounts therefore do not represent lost revenue. They represent redistributed tax burden, which is valid issue but a very different one.

This redistribution is likely within income groups rather than between different groups, unless you believe that Congress would have ignored distributional analysis when setting tax rates in the absence of these tax breaks.

Not quite sure what "tax benefit" refers to. I recall this bit of research using CBO numbers from a few years ago:

It doesn't detail the top 1%, but the top 20% of households essentially pay all net federal taxes.

Tax expenditure analysts call a "tax benefit" any reduction in tax compared to a tax code without the breaks but with the SAME TAX RATES as current code. That last part is the flawed assumption. Congress would not have set tax rates at current levels in the absence of today's major tax breaks.

You have to keep in mind that the authors of these articles start with the premise that all of your money belongs to the government, and the government generously allows you to keep some.