Retired U.S. Tax Court Judge Pleads Guilty To Tax Fraud While She Sat On The Court 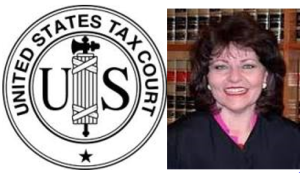 A former U.S. Tax Court judge pleaded guilty Friday to conspiring with her husband to fraudulently omit nearly $1 million of income from their tax returns while she served as judge, using the gains on personal expenses like international trips and Pilates classes.

Diane Kroupa, 61, faces up to five years in prison after pleading guilty to conspiracy to defraud the United States in federal court in St. Paul. A federal grand jury indicted Kroupa and her then-husband, Robert Fackler, 63, in April.

Fackler, a self-employed lobbyist and political consultant, pleaded guilty last month; sentencing dates have yet to be scheduled for either defendant. The couple began divorce proceedings shortly after their indictment.

Kroupa, who was appointed to the court in 2003 and retired in 2014, and Fackler have admitted to purposely understating their taxable income by about $1 million and their amount of taxes owed by about $450,000 from 2004 through 2010.

Both defendants admitted to fraudulently deducting at least $500,000 of personal expenses, which they listed as expenses at Fackler's consulting firm, and another $450,000 in purported business costs, for which clients had actually reimbursed Fackler. Kroupa also failed report a $44,520 real estate transaction, instead claiming it was part of an unrelated inheritance.

I'm sorry, but this is totally wrong. There was no evidence of intent to commit tax fraud. This is a miscarriage of justice. No charges should have been filed. Judge Kroupa was only extremely careless; this is not criminal conduct.