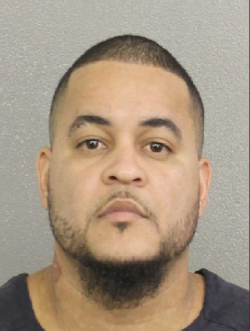 Luis Rivera pleaded guilty to second-degree murder in the shooting of Dan Markel. Rivera will spend 19 years in prison for his role in what investigators are calling a murder-for-hire plot. ...

Rivera acknowledged in court Tuesday he has provided a statement to investigators regarding the plot.

The state attorney's office has suggested that Luis Rivera may be cooperating in the murder-for-hire case. Rivera was scheduled to go before a judge 8:30 a.m. Tuesday, but the hearing was abruptly changed and pushed back to 3 p.m. Rivera is currently one of three suspects in the FSU professor's murder and is slated to stand trial in three weeks.

When asked about the delay in today's hearing, State Attorney Willie Meggs indicated there is a tentative deal. There's no word yet on the details of that deal. "We gave up a little more than we wanted to give up in the desire to get information that we needed," Meggs told WCTV. "We knew we would have to give up something and we did." ...

That still leaves questions open as to what a plea deal would mean for the other two current suspects in the case, Sigfredo Garcia and Katherine Magbanua, and whether or not there will be any additional arrests. When asked about that, Meggs said he wasn't sure on where it would lead but they're on the trail.

While I've never looked favourably on Charlie Adelson, anyone who has read a word of what Danny wrote while living could not in good faith support any of his murderers being sentenced to death. The victim's wishes, regardless of if any living members of society find them just, should be respected.

Hurricane Charlie is a CAT 5!!! But when they slip the IV in you won't be anything.

Time to send the children to the Markels.

I've never been a believer in the death penalty but I really want to see Charlie fry.

Looks like DA Willie has had a change of heart. Apparently doesn't want to get shown up by good police work.

Or he now has the tools he needs to make a case to his satisfaction, at least against Katherine Magbanua.

Will there be a new custody battle for the children? I can't imagine how difficult it will be for them to learn that a beloved uncle and/or grandmother and/or mother ordered the killing of their father. The family court might see that as enough reason to give custody to Dan Markel's parents.

Wendi Adelson launched a divorce suit without grounds. In a just world, she'd never have had custody of those children at any time in the last 4 years, and the children would have been on the next plane to Toronto the day their father died. We do not live in a just world.

Looks like DA Willie has had a change of heart. Apparently doesn't want to get shown up by good police work.

Rivera was already doing a 12-year term for an unrelated charge and this sentence will be served concurrently, so in effect he's getting seven years for a contract murder.

I'm guessing the prosecutor is eager to convict Rivera's employers.

Tsk, tsk. This isn't how it's done, morons. Step one is to give immunity to everyone who might implicate people up the ladder. That's it. There's no step two, or three, or four, etc.

From the Tallahassee Journal:

"Assistant State Attorney Georgia Cappleman said Rivera drove the car from Miami to carry out the killing with Sigfredo Garcia, provided the gun used to kill Markel and was aware of the plot to kill the Florida State University law professor. Rivera acknowledged in court Tuesday he has provided a statement to investigators regarding the plot. His cooperation, Cappleman said, led to the arrest of Katherine Magbanua over the weekend. Magbanua is the suspected link between Rivera, Garcia and Markel's former in-laws."

Now it's Magbanua's turn to make a deal. I hope it's done quickly. Her lawyer must already know the parameters of the deal.

Will there be a new custody battle for the children? I can't imagine how difficult it will be for them to learn that a beloved uncle and/or grandmother and/or mother ordered the killing of their father. The family court might see that as enough reason to give custody to Dan Markel's parents.

I hope that the proceeds of the inevitable made for TV movies flow to the children. It's not much compensation for losing their father, but it's better than nothing with a paparazzi assault thrown in.

With the arrest of Magbanua and now this, the Adelsons must be on 24 hour a day surveillance.

A trial would have maximized the entertainment value, but I'll bet Dan's family will be satisfied if this leads to conviction of the prime movers.