How Hillary Clinton And Donald Trump Would Tax The 1 Percent

Vox, How Hillary Clinton and Donald Trump Would Tax the 1 Percent, in One Chart:

On Monday, Marc Goldwein of the Committee for a Responsible Federal Budget shared an updated analysis of how each candidate’s tax plans would affect the top 1 percent of American income earners: 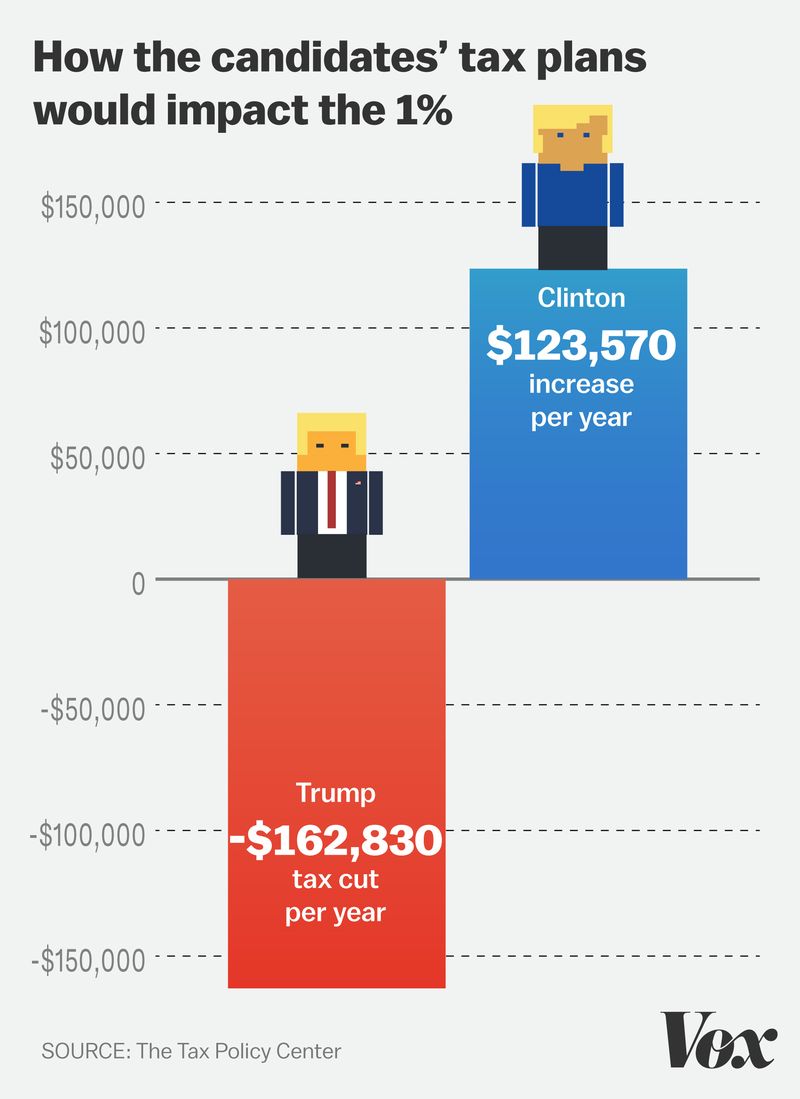 There’s a certain irony to the discrepancy in the candidates’ plans: All of the evidence suggests Hillary Clinton is the candidate overwhelmingly preferred by the super wealthy.

The reason the superwealthy prefer Clinton is simple: In general, the single most important thing for business is stability. Trump's rhetoric and declared policies are likely to produce unpredictable tidal shifts in interest rates and geopolitical economics. No one will prudently invest in such a climate. And that will be bad for all of us.