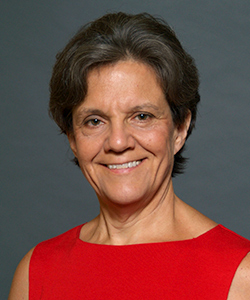 Calls for corporate tax reform are made with increasing intensity. From some perspectives, there appear to be two separate reform efforts, one focused on “integration” of the tax on the corporation itself with the tax its shareholders pay on distributions to eliminate “double taxation,” and the other focused on reform of the taxation of US-based corporations on their offshore earnings.

The problems to be addressed in these two efforts have in the past been largely treated as distinct policy problems. Solutions that integrate the corporate and individual income taxes in order to eliminate “double taxation” have ordinarily assumed that the current system of cross-border taxation remained in place, and solutions that address cross-border taxation have for the most part assumed the existing approach to taxing distributions from corporations to shareholders remains in place.

These two sets of policy choices cannot be treated in isolation any longer. To put the situation most bluntly, integration can be justified by some—even if it does not actually reduce the overall tax burden on corporate earnings—if it can lower the nominal statutory rate at which corporate earnings of US corporations are taxed. This rate is most salient when the earnings of foreign subsidiaries are subject to tax, since those earnings appear to be taxed in full at the statutory rate without any reduction resulting from the numerous preferences that result in the effective taxation of purely domestic earnings at something less than the statutory rate. Integration proposals that allow a reduction in that nominal statutory rate by replacing a corporate level tax with a shareholder level tax could conceivably reduce the extent to which tax plays a role in decisions about deployment of corporate capital, including both the costs of attracting capital and of repatriating earnings.

These arguments—often pressed by corporate managers—themselves in support of integration are essentially about improving the cosmetics of the corporate tax, especially the cosmetics of the repatriation of off-shore earnings. Behind these arguments lie the peculiarities of the accounting rules for income tax liabilities, the ways that these rules affect corporate performance as reported to capital markets, and the way shareholders respond to the taxation of their investments through corporations.

These arguments are not the arguments that historically have motivated economists’ calls for integration and the elimination of the “double tax.” Nor are they the more normative arguments pressed by tax law academics seeking to influence integration design with broader social goals in mind. Indeed, many of the newer arguments (and the proposals justified by them) seem to give short shrift to these older concerns. Should they nevertheless be taken seriously?

This paper will first consider the features of the current tax environment that suggest that prior policy concerns addressed in integration proposals, including both preserving progressivity in the taxation of individuals and eliminating the various disparities in the taxation of returns to capital, should not be given the same prominence in future integration design. These arguments are based on how much has changed in the environment in which corporate tax policy proposals must be developed since the earlier proposals were considered. It will then explore the features of the current tax environment that make the newer motivations for integration possible.

These arguments are not necessarily arguments in favor of integration designed with newer policy goals in mind. They are presented here instead to demonstrate that the failure of any of the current proposals to address those policy concerns is not in itself an adequate reason to reject that proposal.

would love to get a copy of this study