Chicago Law Profs And The Cubs 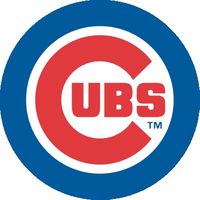 Chicagoans are abuzz with excitement over the possibility of a Cubs championship, which would be the first since 1908, and the legal academy is not immune. [David] Rudstein [(Chicago-Kent)] is just one of many professors at the city’s six law schools who are following the team with either sense of unbridled optimism or dread that it could fall apart at any moment. These are the Cubs, after all. ...

Ann Lousin, a professor at The John Marshall Law School in Chicago, had the unenviable task of teaching her three-hour sales transactions class during the first night of the World Series. Students still showed up, but by hour two she noticed pleading looks in their eyes. “You try to teach the Uniform Commercial Code while the World Series is going on,” she said the following morning. “It’s brutal.”

Other Chicago Law Profs quoted in the story: