Aprill & Mayer:  The Relationship Between The Trump Foundation And Trump’s Tax Returns 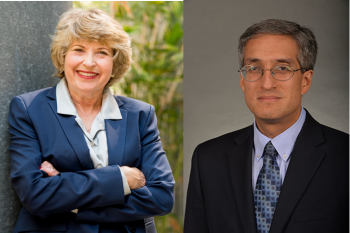 As the debate between the Vice Presidential candidates Wednesday night made clear, Donald Trump’s refusal to release his tax returns remains an important campaign issue. The extraordinary tax losses that Donald J. Trump reportedly had in 1995 emphasize the need for him to fully disclose his tax returns for all years from then forward. Without disclosure of his federal income tax returns, we cannot begin to evaluate fully his claim on Tuesday that he has “legally” and “brilliantly” complied with all of our complicated tax laws.

The ongoing tax issues relating to his foundation came to light only because of the required disclosure of those returns. Those issues — and the foundation’s failure to register to solicit charitable contributions that has now resulted in a cease and desist order from the New York Attorney General — seem to demonstrate a woeful ignorance of the applicable law or a complete disregard of it, either of which would be of even greater concern if also reflected in his personal and business tax positions. And at least one issue raised by the foundation’s tax filings can be resolved only with full disclosure of Mr. Trump’s personal tax situation.

The crucial issue, which the Washington Post has addressed in its careful reporting on the Donald J. Trump Foundation, is a principle that we tax lawyers call “assignment of income.” It is a tax doctrine that most citizens are unlikely to have encountered. It is important, however, because it prevents people from avoiding taxes.

Someone who has performed services and thus earned income cannot avoid paying taxes due on the income by directing that the funds be paid to someone else. In the classic 1930 assignment of income case, Lucas v. Earl, an attorney attempted for tax purposes to split the earnings from his legal practice with his wife by contract (at a time before the tax law had the category of married filing jointly). The Supreme Court determined that this contract did not avoid Mr. Earl’s tax liability. U.S. Supreme Court Justice Oliver Wendell Holmes, Jr., wrote in an often-quoted line, “The fruits cannot be attributed to a different tree from that on which they grew.”

If Mr. Trump disclaimed income from personal appearances before he had earned it and, further, did not direct where the money should go, the assignment of income doctrine would not apply. Mr. Trump’s representatives have pointed to a 1942 case, Commissioner v. Giannini, where the court concluded on such facts that no assignment of income occurred. There Mr. Giannini refused additional compensation for his services after earning a significant bonus and left it to his employer to decide what to do with the amount that otherwise would have been paid to him, suggesting only that it do something worth while with the money. It was his employer that then decided on its own to donate that amount to the University of California system.

Assuming he itemized his deductions, he would be entitled to a charitable contribution deduction, and the deduction would reduce his taxable income. But the income inclusion and the deduction will not cancel each other out completely. He would clearly face some tax liabilities on these amounts and could face others. At the federal level, there is no limit on earned income subject to the Medicare tax, and, without doubt, he would owe Medicare tax on these amounts (2.9 percent if he provided services as self-employed; 1.45 percent if he made his appearances as an employee of one of his businesses.)

As for federal income tax, without Mr. Trump’s tax returns we do not know his Adjusted Gross Income (AGI), the number at the bottom of the front page of the Form 1040 (the individual tax return), and his AGI would have a number of effects on his tax liability from these transactions. On one hand, in some years, federal tax law phased out some charitable contribution deductions for taxpayers above a certain AGI. On the other hand, because of the many tax breaks available to those in the real estate business, Mr. Trump’s AGI – including the income from personal appearances – might be relatively low even though the recently reported 1995 loses would have expired before 2011, the first year where this assignment of income issue reportedly arose. His AGI might even be below the social security tax ceiling, and he would owe social security tax. In addition, his AGI could limit the charitable contribution he could take in any particular year; federal tax law directs that, in most cases, an individual can deduct no more than 30 percent of AGI for contributions to a private foundation in any tax year (deductions not allowed for that year can be taken in subsequent years).

Tax law requires private foundations to make their annual information return public. Having the foundation returns without seeing Mr. Trump’s returns is like having only half a loaf of bread, except half a loaf here is not better than none. To help us assess his candidacy, we as citizens need the other half to understand his business and charitable activities.

You forgot to include the 2 felonies she committed as Secretary of State, intentionally mishandling classified information, and then lying about it publically at least 2 dozen times. Anyone who can avoid prosecution for violating those federal statutes and then get elected President clearly made a deal with the devil...

Don't we already have Hillary's tax returns and know she underpaid taxes become of the assigned income doctrine, on a much larger scale than anything Trump may have done, yet the IRS is uninterested? Find that Trump did it on a small scale wouldn't matter.

If Trump’s “assigned income” was not from speeches or service provision, but from business dealings, would he have to pay even the Medicare tax? This would be either self-employment income or partnership income or flow-through corporate income, I guess—would the self-employment tax apply?

Aside from formal law, I’d give both Clinton and Trump a break on this. It seems unfair to me to tax someone on income 100% of which was given to charity. The real problem is with charities that divert funds to self, family, and friends— which is the truly important issue for the Trump and Clinton Foundations.

It's nice to see all of the opportunistic taxprofs beating up on Trump when he's down.