Zidar Presents Business In The United States: Who Owns It And How Much Tax Do They Pay? Today At Columbia 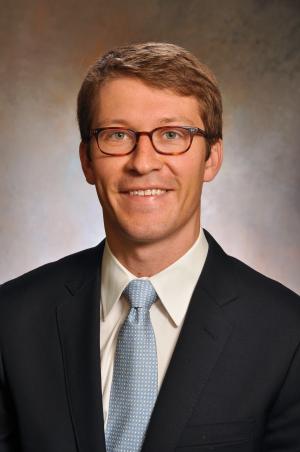 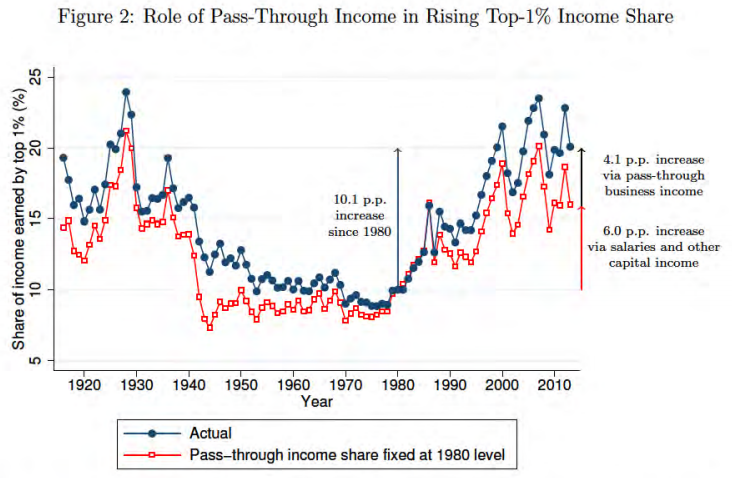 This figure uses data from Piketty and Saez (2003) to plot estimates of the income of households in the top-1% of the income distribution as a fraction of total income for years 1916-2013, under two scenarios. In blue circles, we plot actual top income share estimates from Piketty and Saez (2003), including capital gains and updated through 2013 (Piketty and Saez, 2014). In red squares, we plot hypothetical top income share estimates where we hold top-1% "entrepreneurial" income (predominately pass-through income since 1980 but also including Schedule C and farm income) as a share of total income fixed at its 1980 level of 1.0% in every year (in contrast, for example, to the actual 2013 level of 5.0%)-while allowing other top-1% income (salaries, dividend income, interest income, and capital gains) as a share of total income to evolve as it actually did. These data define income as the sum of Form-1040 "total income" (i.e. adjusted gross income before the adjustments) minus Form-1040 transfer income (social security and unemployment benefits) . Total income is defined as the sum of this 1040-based income measure across all 1040-filers plus imputed non-filer income (equal to an assumed share of mean 1040-filer income that varies by year). See Piketty and Saez (2003) for further documentation, and see our footnote 2 for interpretation.