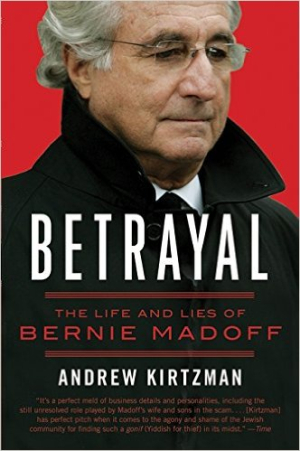 On December 11, 2008, Bernard Madoff, the chairman of Madoff Securities, was arrested, and the Securities and Exchange Commission issued a press release to alert the public that it had charged him with securities fraud relating to a multibillion-dollar Ponzi scheme. ... As a result of the Ponzi scheme, JHF's interest in the JHF Madoff account and the estate's interest in JHF became worthless.

The estate on April 1, 2009, timely filed Form 706, United States Estate (and Generation-Skipping Transfer) Tax Return, on which the estate reported a $26,296,807 gross estate, including the value of James Heller's 99% interest in JHF (i.e., $16,560,990). The estate also claimed a $5,175,990 theft loss deduction relating to the Ponzi scheme, the amount of which reflects the difference between the value of the estate's interest in JHF reported on the estate tax return and the estate's share of the amounts withdrawn from the JHF Madoff account. Respondent on February 9, 2012, issued the estate a notice of deficiency in which respondent determined that the estate was not entitled to the $5,175,990 theft loss deduction because the estate did not incur a theft loss during its settlement.

The estate is entitled to deductions relating to "losses incurred during the settlement of * * * [the estate] arising * * * from theft". See sec. 2054. Whether an estate is entitled to a section 2054 theft loss deduction relating to property held by an LLC is an issue of first impression. Neither regulations nor legislative history relating to section 2054 or its predecessors addresses this issue. Thus, our analysis begins and ends with the statute. ... While JHF lost its sole asset as a result of the Ponzi scheme, the estate, during its settlement, also incurred a loss because the value of its interest in JHF decreased from $5,175,990 to zero.

Respondent concedes that Madoff Securities defrauded JHF but contends that the estate is not entitled to a section 2054 deduction because JHF incurred the loss. In support of this contention, respondent emphasizes that pursuant to New York law, JHF, not the estate, was the theft victim. Section 2054, however, allows for a broader nexus (i.e., between the theft and the incurred loss) than does respondent's narrow interpretation. "Arise" is generally defined as "to originate from a source". See Merriam-Webster's Collegiate Dictionary 62 (10th ed. 2001). Pursuant to the phrase "arising from" in section 2054, the estate is entitled to a deduction if there is a sufficient nexus between the theft and the estate's loss. See White v. Commissioner, 48 T.C. 430, 435 (1967) (finding a similarity between losses caused by direct and proximate damage of a section 165(c)(3) "other casualty" and those arising from the specifically enumerated section 165(c)(3) causes). It is sufficient indeed. The nexus between the theft and the value of the estate's JHF interest is direct and indisputable. The loss suffered by the estate relates directly to its JHF interest, the worthlessness of which arose from the theft. Thus, the estate is entitled to a section 2054 deduction relating to its JHF interest. We need not address whether a mere tangential or more circuitous relationship would suffice.

Taishoff Law, Is an LLC an Estate?