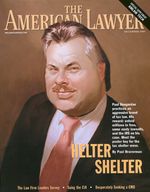 Paul M. Daugerdas was a Certified Public Accountant (“CPA”) and tax attorney at Arthur Andersen through August of 9 1994; the law firm Altheimer & Gray from the end of 1994 through 1998; and the Chicago office of the law firm Jenkens & Gilchrist (“J&G”) from 1999 through April 2004. Throughout his career, Daugerdas developed, sold, and implemented a variety of tax‐reduction strategies for wealthy clients: the so‐called Short Sale Shelter, Short Option Shelter, Swaps Shelter, and HOMER Shelter. Besides Daugerdas’s employers, two other entities had significant involvement in this undertaking.    The accounting firm BDO Seidman (“BDO”) referred its clients to J&G and helped to sell the shelters, and the investment bank Deutsche Bank. Alex Brown (“DB”) assisted J&G in the design of the shelters, held informational meetings with clients, and implemented the transactions that composed the shelters.

Daugerdas designed and sold the shelters beginning in the early 1990s when he was a partner at Arthur Andersen.  Although the transactions underlying the shelters changed over time, the facts surrounding their marketing and implementation varied little. ...

As an essential part of the marketing of all the tax shelters, Daugerdas and his colleagues issued “more‐likely‐than‐not” opinion letters to clients who purchased the shelters.  Such letters state that “under current U.S. federal income tax law it is more likely than not that” the transactions comprising the shelters are legal and will have the effect sought by the clients.  They protect clients from the IRS’s imposition of a financial penalty in the event that the IRS does not permit the losses generated by the shelter to reduce the client’s tax liability.  Paralegals or attorneys who worked for Daugerdas generated these letters and Daugerdas often reviewed and signed them himself.  The letters stated that the clients had knowledge of the particular transactions underlying the shelter and that the clients were entering into the shelter for non‐tax business reasons.  Multiple clients testified that they never made representations of knowledge to Daugerdas or his associates and that, in any event, these representations were false because the clients knew little or nothing about the underlying transactions and entered into the shelters only to reduce their tax liability.

use Daugerdas and his colleagues designed the transactions with a focus on their tax consequences rather than their profitability, they generally did not generate meaningful returns. ...

Daugerdas also used tax shelters to reduce his personal tax liability. From 1993 to 1998, Daugerdas received more than $26 million in income.  He personally used the Short Sale Shelter yearly during that time period, and, as a result, he paid only $7,315 in federal personal income tax. From 1999 to 2001, Daugerdas had over $79 million in income.  During those years, he used the Short Option Shelter to offset this income and paid no income tax.

Daugerdas presents the following issues for our review: (I) whether the evidence was sufficient to support his convictions; (II) whether the district court’s supplemental instruction on the Annual Accounting Rule misled the jury; (III) whether the 18 indictment was constructively amended; (IV) whether the accumulation of errors at trial violated his due process right to a fair trial; (V) whether the indictment was duplicitous; (VI) whether his sentence was procedurally and substantively reasonable; and (VII) whether the government proved the requisite nexus between his crimes and the property sought in forfeiture. ... Finding no merit in his arguments, we AFFIRM.