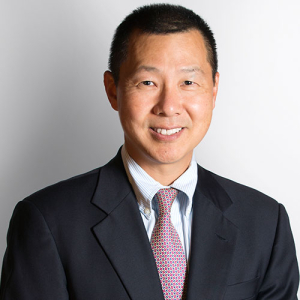 I really hoped that I would not have to say anything more beyond my letter itself. But Professor Martin McMahon’s comment needs a response. To be clear, I still respect him for the incredible scholar that he is.

Professor McMahon suggests that my motivation was personal arising from last year’s appointments process. Absolutely not. He is wrong. The appointments committee made decisions that the tax faculty strongly disagreed with. That is no secret in the hallways. I simply say that schools at Florida’s level, premier research institutions, do not hire tenure-track faculty without strong evidence of academic scholarship, the best evidence of which is the existence and presentation of a significant job talk paper to faculty. The central obligation of tenure-track faculty is academic research and writing. This standard applies to tenure-track tax hires as well, though some members of the tax faculty believe that hiring a tenure-track faculty without a job talk paper or any record of law review or other substantial academic scholarship was proper for a research university. The appointments process can sometimes lead to real disagreements, reasonable or not. My disagreement with the tax faculty pertaining to appointments had nothing to do with my letter.

My motive and reasons for writing the letter were three. First, I saw a significant problem in an academic program that has substantial effect on the entire law school, including the JD program which is the heart and soul of any law school. I wanted to speak on a problem existing at my school on which my knowledge was helpful. It was my right as a faculty member and in response to a specific call for input from faculty by both the working group and Dean Rosenbury. The letter was written to be helpful. The intent was to deliver information and proposals, hard difficult facts to consider and address. Second, I thought that some data analysis would be helpful. Generalities, prior commitments to particular ideas or relationships, self-reassurances, or the inertia of group think are unhelpful when trying to solve real world problems. Confronting facts is helpful. Data-driven decisionmaking is helpful. I was not tied to a particular way of thinking about the issues or had a longterm vested interest in a particular configuration of an academic program. Third, in the past several months, I and other members of the faculty have become troubled by direct alumni involvement, agitated from within, in the academic programming of the tax program. The faculty and the administration are the gatekeeper of academic programming. I put forth an objection, again to a limited group that affirmatively solicited this input.

I stand by the substance of my letter. TaxProf characterizes this letter as “remarkable.” I see nothing remarkable about speaking directly on a problem and solution in the form of a letter comment pursuant to a process, particularly to a limited audience that specifically solicited input from stakeholders including faculty. Part I of the letter identified the problems as I see them. Part II put forth specific proposals to put the program in more solid footing. The letter specifically stated a hope that the program can be re-imagined to move forward in changed economic, professional, and educational environments. I didn’t cherry pick data; nor did I sugarcoat facts. Problems are unpleasant, and that’s just the reality. In the letter to constituents, the tax working group said: “Clearly, the program is at a crossroads. . . . We welcome your input, and we truly appreciate your ongoing support.” In the dean’s cover email attaching this letter to the entire faculty (not just the tax faculty), she wrote: “I encourage you to reach out to them with any ideas you may have.” I did that.

The faculty deans and the tax working group believe that there are challenges, though each person may disagree as to the exact nature of the problem and solution. Professor McMahon has said to others that he believes the tax program has its challenges. Many who are familiar with some of the facts know there are problems, though they may disagree on the nature and the solution. I stated the obvious—“I think there’s a problem here”—and provided my own opinion of its nature and solutions. I think in a university one can say what is in one’s mind on a bona fide issue and we open our minds. I contributed my plain thoughts in letter form to a limited number of recipients who specifically requested input.

I want to comment on the matter of distribution of the letter. I did not leak it to TaxProf. The letter was addressed to a limited working group. It was marked “Confidential” on every page. The letter was a work product written for the specific limited audience of the addressees, but it is public property because we are a public institution. I did not give a physical or electronic copy to anyone other than the specific limited group that requested the input, except subsequently I gave an electronic copy to the university official responsible for public recordkeeping (the copy that TaxProf received was not this version because it was addressed to another recipient on the working group). Distribution to this limited working group was by hardcopy, and not by email. I received requests for copies, including requests from Professor Lidsky and another colleague, but I rejected these requests. I know that Professors McMahon and Lidsky received their copies directly from Dean Rosenbury (she had good reason to give her copy to both because both have direct administrative roles in the tax program). I am assuming, but don’t know as fact just to be crystal clear, that one of them shared that copy with at least some members of the tax faculty. The copy of this specific letter with Dean Rosenbury as the addressee was sent to TaxProf from third floor “Faculty Copier #2” on Thursday or Friday (to be clear this is a faculty copier and not the administration’s copier, which is located on the second floor). I have been working from home during all times on Thursday and Friday, and I have not set foot on campus (nor did I instruct anyone to distribute the letter on my behalf). Who leaked it? Why? I have no idea.

I do not want to say anything more about this matter. I will go back to my teaching and writing. Anything further on the substance of the letter should be had within the law school. Readers of TaxProf are informed that hopefully this is the last blog matter from me irrespective of whatever comment said in future blog posts—irrational, plausible, debatable, sound, or whatever. I do not want to be engaging in a debate on the blogs about this, and my silence going forward should not be misconstrued as tacit concessions to subsequent comments in the blogosphere.

The State of Florida is a Sunshine State and has a strong public records law. And UF is a public institution in the state. If a document is produced and distributed, it is a public record. There are a few exceptions to the law, for example around personnel issues. Marking a document as "confidential" cannot by itself, make it so. If any one requests a public record, they are entitled to it. If the person who requested the letter than gave it to Taxprof, that would not be illegal, unethical or even morally incorrect.

Also as to last year's hiring process, many faculty objected to some of the Appointments Committee's recommendation, not just the tax faculty. And those who objected were castigated and retribution against them was sought. The retribution was also NOT limited to the tax faculty.

Rob, I am sorry you felt compelled to write this. Having displeased some alum is one thing but I am especially dismayed to read that members of the law school administration have condemned your expression. I guess free speech among hypocrites is only supported when you say what they want to hear.

The tax program has always seemed to me to be the heart and soul of the University of Florida law school. The opinion of some finance guy who just got there and thinks he knows everything? Sorry, doesn't impress me much. "I have been working from home during all times on Thursday and Friday," indeed.

Oh you are kidding alumni had a say in what occurred on campus? Shocking....because we all know that wealthy alumni (i.e., boosters) never have any pull or influence on UF's campus (or anyother major campus). You are a hack!

I'm glad Professor Rhee had the courage to speak the truth. He is far from the only one with these concerns. Bravo.

Prof Rhee should resign while he still has a shread of dignity that we he can work from home on all days!

Only in academia does one, with a straight face, offer as a defense that he does not work 40% of the workweek. My only curiosity is if this take down peace was drafted during the 60% of the workweek Professor Rhee graces the taxpayers with his labor or during the 40% that he cheats them out of? My money is on the former.