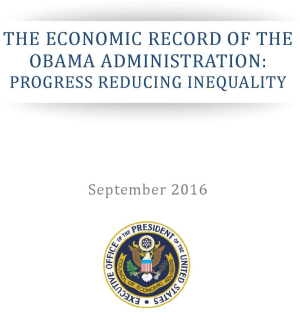 One of the big criticisms of the current economic expansion—and also the one that ran from 2001 through 2007—is that most of the gains accrued to the best off, unleashing a populist groundswell in the presidential election campaign.

The White House lays out the case in a new report that the Obama administration’s policies have done more than any administration in the last half-century to reduce inequality [The Economic Record of the Obama Administration: Progress Reducing Inequality] ...

Taken together, the administration says that it has done more to redistribute wealth to the bottom 99% of families through tax-code changes than any administration since at least 1960. The share of after-tax income from the poorest fifth of households fell by nearly 25% from 1979 to 2007, and the White House says its tax and health-care changes have reversed one-third of that decline. 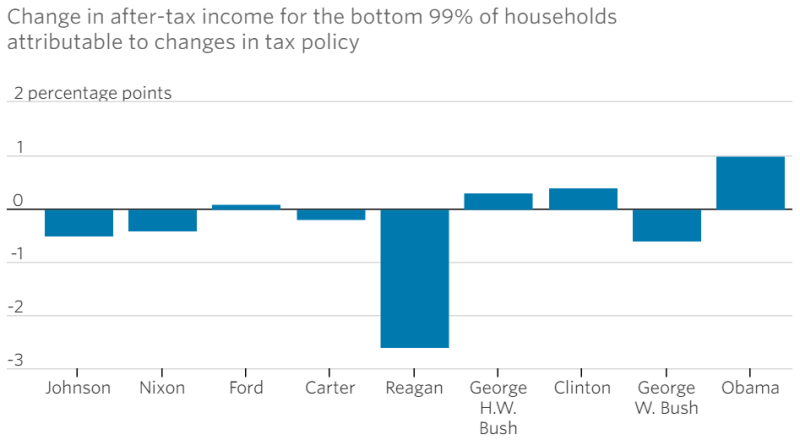 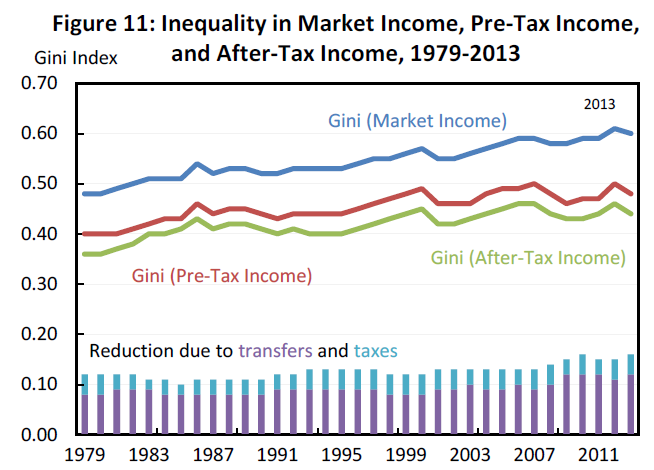 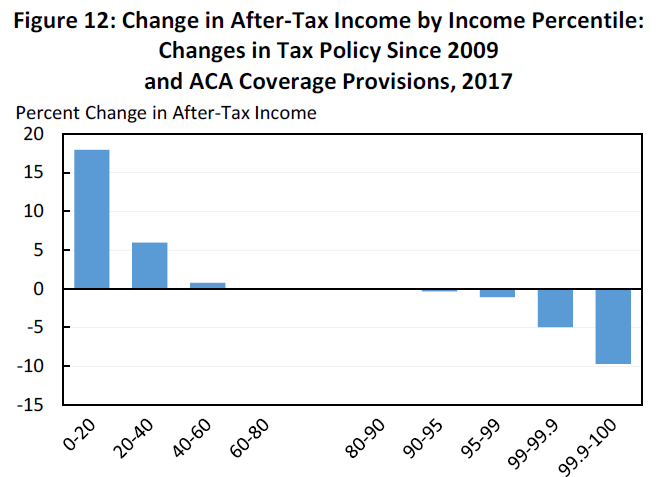 Yesterday's Gallup poll on presidential approval had the president at 54-41. Historically, that is pretty good for a president in his second term. That 41% is composed of people who believe the stock market is doing poorly, unemployment is high, and we are all going to die at the hands of Radical Islamic Terrorists. In other words, a lot of people who live in a fact-free bubble.

You're fond of claiming a monopoly on facts, so here are some I'd like you to comment on, specifically relevant to this article:

Over the same period from 2009-2015, the federal government spent, cumulatively and in inflation-adjusted dollars, $571 billion more on means-tested welfare, and $567 biillion more on Medicaid, over and above spending levels from 2008.

Any comments on how effective this was in reducing poverty?