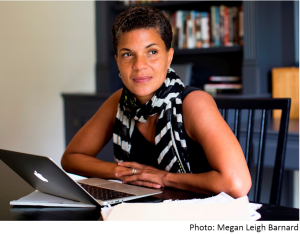 Michelle Alexander, recipient of a 2016 Heinz Award ($250,000) for her work as "legal scholar, advocate, civil rights attorney and author of the seminal book, The New Jim Crow: Mass Incarceration in the Age of Colorblindness," has resigned from the Ohio State Law School faculty to teach and study at Union Theology Seminary in New York City:

I am walking away from the law. I’ve resigned my position as a law professor at Ohio State University, and I’ve decided to teach and study at a seminary. Why?

There is no easy answer to this question, and there are times I worry that I have completely lost my mind. Who am I to teach or study at a seminary? I was not raised in a church. And I have generally found more questions than answers in my own religious or spiritual pursuits. But I also know there is something much greater at stake in justice work than we often acknowledge. Solving the crises we face isn’t simply a matter of having the right facts, graphs, policy analyses, or funding. And I no longer believe we can “win” justice simply by filing lawsuits, flexing our political muscles or boosting voter turnout. Yes, we absolutely must do that work, but none of it — not even working for some form of political revolution — will ever be enough on its own. Without a moral or spiritual awakening, we will remain forever trapped in political games fueled by fear, greed and the hunger for power. American history teaches how these games predictably play out within our borders: Time and again, race gets used as the Trump Card, a reliable means of dividing, controlling and misleading the players so a few can win the game. 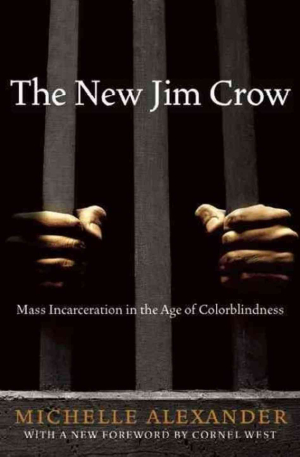 This is not simply a legal problem, or a political problem, or a policy problem. At its core, America’s journey from slavery to Jim Crow to mass incarceration raises profound moral and spiritual questions about who we are, individually and collectively, who we aim to become, and what we are willing to do now.

I have found that these questions are generally not asked or answered in law schools or policy roundtables. So I am going to a place that takes very seriously the moral, ethical and spiritual dimensions of justice work: Union Theological Seminary. Union has a proud history of deep commitment to social justice, and I am happy to call it home for awhile.

“A very strong reason I am so attracted to the community at Union,” explained Michelle Alexander, “is that I believe the experience will enable me to clarify my spiritual beliefs, deepen my understanding of systematic theology, and expand my thinking about the possibilities for prophetic advocacy and movement-building across faiths, races, and cultures. I would like to imagine that a wide range of people of faith and conscience who sing songs from different keys may be able to join in a common chorus that shakes the foundations of our unjust political, legal and economics systems, and ushers in a new America.”

While at Union, Ms. Alexander will also research and release two forthcoming books. In Spring 2018, she plans to publish a personal reflection describing her journey from being a liberal civil rights lawyer who believed justice could be won through litigation and piecemeal policy reform to someone who now believes that a true revolution of values is required in this country — not simply a political revolution, but also a moral and spiritual revolution that will birth a new, more inclusive, compassionate and equitable America; and she will serve as primary editor of a book planned for Fall 2018, which will be organized as a collection of essays, sermons, speeches, and thought pieces from justice advocates and faith leaders from a wide range of backgrounds. ...

R3—Rhetoric, Race & Religion: “Have I Lost My Mind?”: On Hearing the Call to Go, by Andre E. Johnson (University of Memphis):

As a pastor of an urban church with members “on paper,” and/or “in the system,” and as a professor at a university and seminary, I hear Michelle Alexander. I hear her as a person who has on occasion asked “Have I lost my everlasting mind?” I hear her as one who is after 18 years in ministry (15 as pastor) and over 10 years teaching, who has asked the question that Moses asked so long ago, “Who am I?” I hear her as a person who was not raised in the church but somehow still discerned call and eventually went and served. I hear her as one who still have questions myself and sometimes even cry out with the psalmist, “How long Lord, how long?” I hear Michelle Alexander, but more importantly, I am glad she heard that still voice inside of her—the one that beckons us not only to come, but also go. I just wish more would hear and serve.

Chronicle of Higher Education, A Prominent Scholar-Activist Trades Law for the Seminary:

On its face ... it’s strange that Ms. Alexander, author of the best-selling The New Jim Crow: Mass Incarceration in the Age of Colorblindness (New Press, 2010), is "walking away from the law" and her recent law professorship at Ohio State University to take a five-year visiting professorship at Union Theological Seminary. What seems a radical career shift, however, is actually a natural evolution in her thinking on racial justice, say Ms. Alexander and those who have worked with her.

Her influential book asserts that mass incarceration has "emerged as a stunningly comprehensive and well-disguised system of racialized social control that functions in a manner strikingly similar to Jim Crow." Even after being released from prison, African-Americans, many convicted of nonviolent drug offenses as part of the so-called War on Drugs, "are often denied the right to vote, excluded from juries, and relegated to a racially segregated and subordinated existence" that often devastates them, their families, and their communities.

Her argument has not been uncontroversial. Michael Fortner, of the City University of New York, has criticized it for omitting the enthusiasm of some African-Americans for New York’s 1973 Rockefeller drug laws, which in turn spurred harsher sentencing guidelines nationwide. James Forman Jr., of Yale Law School, has argued that Ms. Alexander’s "myopic focus on the War on Drugs diverts us from discussing violent crime." Still, her book helped reframe America’s view of crime, leading to new coalitions, some of them bipartisan, in which even George Soros and the Koch brothers could find some common ground.

But as she toured the country promoting the book, Ms. Alexander says, "I began to worry that simply railing against the system and indicting it for being a human-rights nightmare, which it is, wasn’t enough." If she wasn’t able to "somehow help inspire a movement that was morally and spiritually grounded … all that sound and fury really would be signifying nothing." ...

[S]he says, "I’m shifting my own focus from questions of law to questions of justice." Those aren’t identical, she has found. "In my experience in policy roundtables, in legal conferences, even in law-school classrooms, it’s relatively rare to have deep, searching dialogues about the meaning of justice." She has, however, found those searching dialogues in communities of faith and at Union, where she lectured and visited with students and faculty members in the spring of 2015. ...

Her family will remain in Ohio, and as part of her position, endowed by the Ford Foundation and other sources, she’ll have airfare to commute and live in Union faculty housing. She says that she will contribute $250,000 recently awarded her by the Heinz Family Foundation to various organizations battling mass incarceration and mass deportation.

Ms. Alexander says she has long valued publicly accessible and relevant research and writing over academic careerism. She left Stanford’s law faculty because she wanted to work on The New Jim Crow. She says she had felt pressured to instead pursue a traditional scholarly path, to publish narrow, uncontroversial articles in journals, and to strive to become the school’s first tenured African-American woman, even though she wasn’t receiving any schedule flexibility to raise two young children. (She and her husband, Carter Stewart, a former federal prosecutor who recently became a managing director of the Draper Richards Kaplan Foundation, now have three children, ages 9, 11, and 14.)

At the initial urging of her younger sister, Leslie Alexander, a historian in Ohio State’s department of African-American and African studies, Michelle moved there in 2005. Ohio State’s atmosphere was far more hospitable to the demands of her writing projects and family responsibilities, she says. But even there, in 2010, Ms. Alexander switched to a nontenure research track so that she could travel and discuss her book.

Each of you should use whatever gift you have received to serve others, as faithful stewards of God's grace in its various forms. 1 Peter 4:10 I love you Sister, follow the path to truth!!!

Leaving Stanford's law faculty for Ohio State seems to me a much clearer indication of her having an admirable disregard for worldly things. Good for her!

That increases my opinion of her about 500 percent