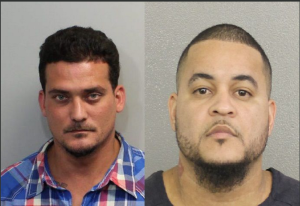 A Leon County judge denied a motion by one of the men charged in the shooting of Dan Markel to change the trial venue. Circuit Judge James Hankinson denied the motion by Luis Rivera's attorney Chuck Collins on Thursday, the day after it was filed.

Prosecutors also are trying to block the testimony of a convicted double murderer from Broward County, who has been transported to testify in Rivera's Oct. 24 trial. Imran Hussain, who was convicted of the 2001 murders of two shopkeepers the 41-year-old worked for, will be a witness in Rivera's trial. ... [I]n Wednesday court filings, Chief Assistant State Attorney Georgia Cappleman said Collins may try to introduce Hussain and two others listed as witnesses in court documents as the possible perpetrators in Markel’s July 18, 2014, shooting. ...

During the national television segment on ABC's 20/20, it was suggested Rivera was seeking a plea deal by cooperating with investigators. Collins said that isn't so. In fact, Rivera has avoided speaking with investigators about the Markel case. "My client has never cooperated with the State Attorney's Office or police, not talked to them since his arrest," Collins said in an interview.

As already discussed by others, Garcia won't turn because doing so would implicate his baby momma. Rivera really has no incentive to turn because he's already locked up for a long time, although I forget exactly how long - so there's not really any carrot to dangle for him.

Prosecutors should be ALL over this new information!!

Doesn't do a thing to change who done it ...means and opportunity doesn't change one bit.

If it changes the motive ...and it's the truth ...then let the truth prevail.

Do people want justice or revenge?

This new development may even help solve numerous other crimes going on in Tallahassee at the time. Perhaps even other unsolved high profile homicides.

Let all pieces of the puzzle come out.

Why are they afraid of this new development?

This doesn't for a second change WHO the suspects were that day.

And, it may very well explain the motive. Maybe?

Why are they wanting to hide the truth? Are they covering up other mistakes they made with other victims and their families that unnecessarily put them in danger for years?

Or, is this guy just trying to say he wasn't there that day and time. We already know he was ...he was seen ...there is video.

I'm following this story from the Midwest. There was fishy stuff going in from the start, and everyone's initial suspicions were proven correct by the pretty long PC affidavit by the Tallahassee investigators. http://abovethelaw.com/2016/09/the-dan-markel-case-the-probable-cause-affidavit-for-charlie-adelson/2/

I wish the DA and his team the best in playing the long game and seeing what information develops. I was hoping that the shooters would make some proffers implicating the Adelsons, because it is clear that at least one or two of them had a hand in Dan's murder, but if the Defense is playing the "the cops got the wrong man" card, that might be a false hope.

Who will be the first to sing?

I'm betting on the babe who used the blood money to get a boob job.

From the article: "Through their attorneys, the Adelson family has denied any involvement in Markel's slaying."

The Adelsons have three separate legal counsels. That tells me that they know or suspect something about each other's involvement. One legal team would suffice if they were certain all four of them were innocent.