In June 2013, the Supreme Court invalidated a key provision of the 1996 Defense of Marriage Act (Windsor v. United States), allowing same-sex spouses to be treated as married for all federal tax purposes. Treasury and the Internal Revenue Service (IRS) subsequently ruled that same-sex spouses legally married in jurisdictions that recognize their marriages will be treated as married for federal tax purposes. This paper provides estimates of the population of same-sex tax filers in the first two years affected by the decision drawn from the population of returns filed and using methods developed by the Census to address measurement error in gender classification. In 2014, we estimate that about 0.35 percent of all joint filers were same-sex couples or about 183,280 couples.

New York Times, The Most Detailed Map of Gay Marriage in America: 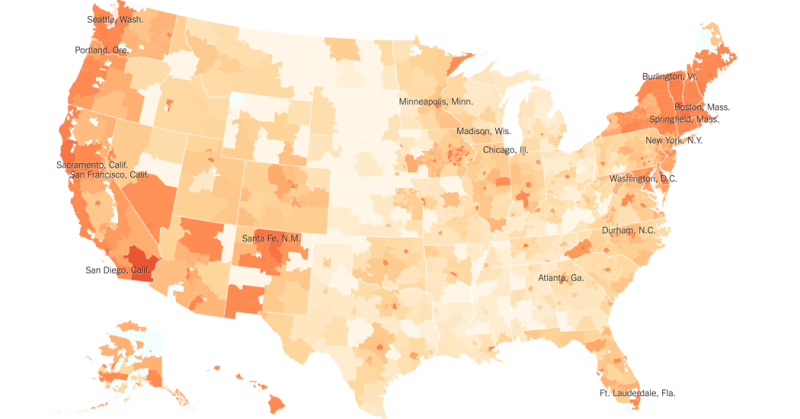 By linking the tax returns of same-sex couples who filed jointly in 2014 with their Social Security records, researchers are able to give us the most accurate picture of same-sex marriages to date. And their estimate is this: In 2014 there were 183,280 same-sex marriages in America, roughly a third of 1 percent of all marriages.

Of course, implicit in this estimate is the assumption that all married couples file their returns jointly. But as a proxy for that, it’s pretty good. The Treasury Department estimates that 97.5 percent of married couples who file taxes file them jointly. 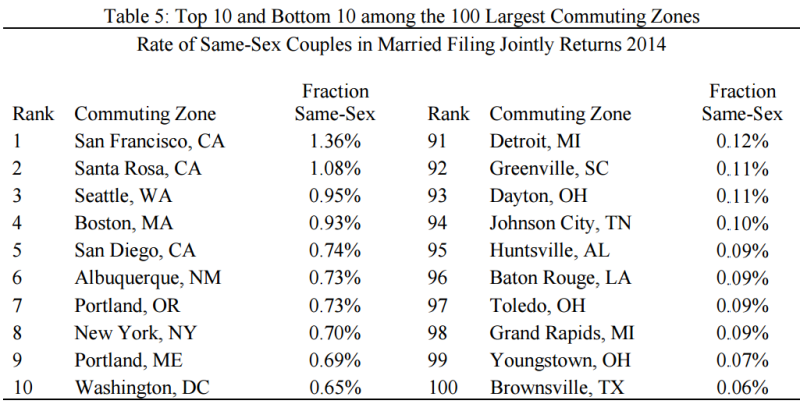 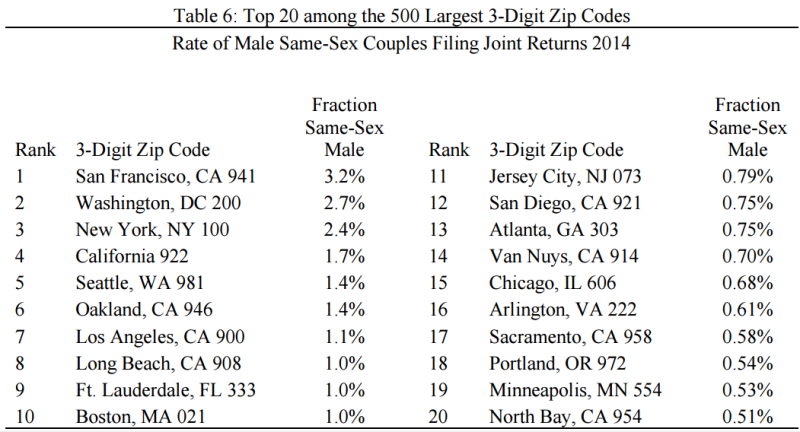 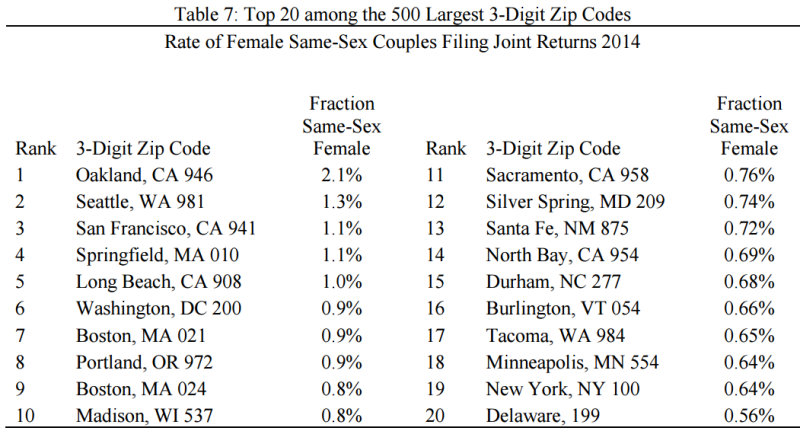 [T]he ubiquity of taxation made it possible for the Treasury Department to identify all the same-sex marriages in the land by zip code and present the data in tables and a map.

And in all the land only a few paranoids worried about the implications for privacy and freedom, of gay people and others, of a government that knows everything about you.