Abreu:  McGonagall Replies to Snape on Taxes—'Be Proud Of The Tax Law You Have, Rather Than The One You Wish You Had' 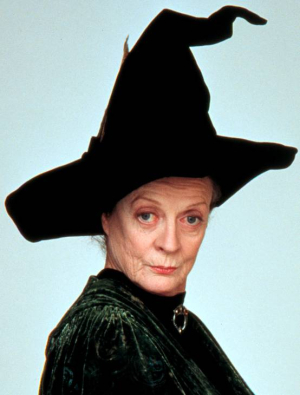 Because Professor Minerva McGonagall is my favorite member of the Hogwarts faculty, particularly as played by the inimitable Dame Maggie Smith, and because she and Severus Snape led rival houses, here’s how I think she would reply to Adam Chodorow’s reimagined Snape, who as a TaxProf warns his students on the first day of class that because there is “little foolish argument by analogy here, many of you will hardly believe this is law.”

Humph . . . It’s high time you learned to be proud of the tax law you’ve got, rather than the one you think you ought to have.

To dodge the shareholders' taxes is not one of the transactions contemplated as corporate "reorganizations." ... This accords both with the history of the section, and with its interpretation by the courts, though the exact point has not hitherto arisen. . . Moreover, we regard Pinellas Ice & Cold Storage Co. v. Com'r, 287 U.S. 462, and our own decision in Cortland Specialty Co v. Com'r, 60 F.(2d) 937, as pertinent, if not authoritative. In each the question was of the applicability of a precursor of section 112 (i) (1) (A) of 1928, 26 USCA § 2112 (i) (1) (A), to the sale of all the assets of one company to another, which gave in exchange, cash and short time notes. The taxpayer's argument was that this was a "merger or consolidation," because the buyer acquired "all the property of another corporation," the seller, that being one statutory definition of "merger or consolidation." That assumed, the exemption was urged to fall within section 112 (g) as here. It might have been enough to hold that short time notes were not "securities," within section 112 (g); but both courts went further and declared that the transaction was not a "merger or consolidation," but a sale, though literally it fell within the words of section 112 (i) (1) (A). This they did, because its plain purpose was to cover only a situation in which after the transaction there continued some community of interest between the companies, other than holding such notes. The violence done the literal interpretation of the words is no less than what we do here.

Learned Hand uses analogical reasoning precisely when it is most is most useful — when there is no precedent that answers the question. The analogy is made precisely, comparing the facts of the cases to those present in Gregory. In the last two sentences, he brings the analogy home.

For Potter fans, the quotation at the beginning of this comment is adapted from J. K. Rowling, Harry Potter and the Half-Blood Prince:  "Humph," snorted Professor McGonagall [to Neville]. "It’s high time your grandmother learned to be proud of the grandson she’s got, rather than the one she thinks she ought to have." The quote appears here.