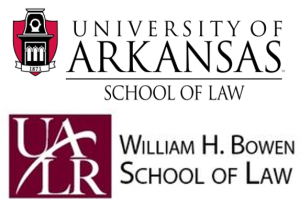 UALR Bowen School Of Law’s first-time bar passage rate on the July 2016 bar exams was the lowest in over half a decade, Dean Michael Schwartz announced yesterday afternoon at a faculty meeting. Schwartz described the results as “less-than-satisfactory” and “disappointing to me.” Schwartz said: Our first time rate was 66 percent. Fayetteville’s was 78 percent.

Here’s a theory that explains how Fayetteville managed to accomplish its relatively high rate of bar passage: when law school applications dropped in Arkansas (and nationwide) years ago, due to the news finally breaking that law school shouldn’t be the first career option for every college student who has no idea what to do after graduation, Fayetteville cut back on the number of students they admitted. They did this in order to keep their admissions standards up and ensure that the admitted students were actually capable of graduating and passing the bar. In contrast, Bowen kept admitting similar levels of students, year after year. ...

(Fayetteville’s) admissions statistics, as I understand it, have not dropped as much as ours and so even though I completely accept that LSAT (and) undergraduate G.P.A. are far from all of the predictability…not even close. They may be a significant explainer of what happened this time. The fact that Fayetteville’s undergraduate G.P.A. and LSAT were measurably higher than ours this year. My understanding is when applications dropped and we kept our class close to the same size…it dropped a little…Fayetteville’s (class size) dropped dramatically. My understanding is that one year they only had 90 some students because they were working so hard to keep their admissions statistics up for U.S. News purposes. They weren’t the only school that did that. So, it is quite possible that one of the unusual factors this year was that the disparity between the two of us on LSAT and undergraduate G.P.A. was particularly large this time around in comparison to a number of past years.

Basically, the academic quality of the students you admit into your schools matters. In fairness, it’s up to students to apply themselves while preparing for the bar. But it’s also true that law schools have a moral duty to make sure they’re admitting students who are actually capable for becoming licensed attorneys.

Bowen’s July 2016 first-time bar passage would suggest school officials are failing their students in this regard.