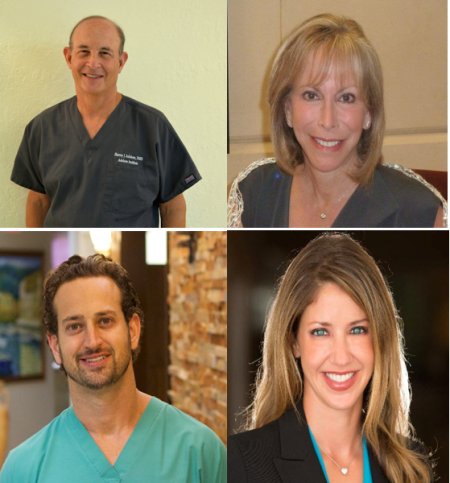 On behalf of the Adelson family, we continue to send our deepest condolences to the Markel family.  Dan's death was a tragedy, and the loss is profound.  Although Wendi and Dan were divorced, he was the father of their two children, who must now grow up without their dad.

We respect the process and the enormous amount of work that the Tallahassee police department has done in this case.  They have spent the past two years reviewing every shred of evidence out there -- every phone record, financial record, text message, email, internet search, everything.  We understand why the government has put the Adelson family through this type of severe scrutiny. But nothing has turned up that supports this fanciful fiction that the Adelsons were involved. The investigation has gone so deep that it employed FBI agents, undercover agents, and a tip line.  There is a reason that the police have not arrested any of the Adelsons – they weren’t involved in Dan’s death.

We are issuing this statement because the media continues to run stories suggesting – without any support or evidence – that the Adelsons were somehow involved in Dan's murder.  Again, this is simply not true.  The Adelsons were not involved. We share in the hope that those responsible will be brought to justice."

On behalf of Wendi, John Lauro.

On behalf of Charlie, David Oscar Markus and Margot Moss of Markus/Moss and Michael Weinstein.

On behalf of Donna and Harvey, Daniel Rashbaum and Jeffrey Neiman of Marcus, Neiman and Rashbaum.

The lede here is that the four parties have three lawyers, indicating that they either believe or know that someone is not innocent.

What's curious is that the police have been dropping little turds about Chuckles and mama. Wendi was not besmirched until the most recent document dump and papa has been left out completely (as has Robert Adelson and his wife). Yet, mama and papa have the same lawyer.

Sorry, but they have never really seemed genuinely sorry about either Dan and Wendi's divirce or Dan's death. Certainly have not considered the feelings of Dan and Wendi's children. Where is the remorse?

The people who have some sense of their reaction and dispositions are the people who know them in meatworld, that's not the newspapers and (I suspect) not many people on these boards. The best sense you can get of it would be the podcasts of her odd writing class submissions.

I think it is established the Donna Adelson et al showed up in Tallahassee while Dan Markel was on a business trip to help their daughter clean the house out. One of the few things left was the marital bed (which they'd thoughtfully decorated with a copy of Wendi's divorce filing). Smart parents do not encourage their daughter to engage in expressive divorce.

Do not believe anything the Adrlson family says. Sorry, but they have never really seemed genuinely sorry about either Dan and Wendi's divirce or Dan's death. Certainly have not considered the feelings of Dan and Wendi's children. Where is the remorse?

Of course they were. Whether the police and prosecution can build a case to that effect is an entirely different matter. I'd guess not, they are far too wealthy and crafty.

I like it! The entire family layered up ... with three different law firms! You never know who you can really trust, right?

All clients tell their lawyers they are innocent. The lede here is that the four parties have three lawyers, indicating that they either believe or know that someone is not innocent.