NY Times, WSJ: Race Is On For Valuation Discounts In Family Limited Partnerships Before Effective Date Of New Regulation 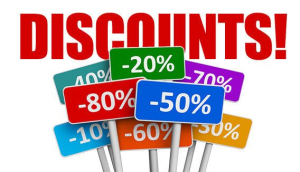 The Treasury Department has moved a step closer to tightening the way family limited partnerships are valued for tax purposes. And the prospect that the tax code could be changed by the end of this year has tax planners pushing their clients to consider stepping up estate and business planning, or risk paying more taxes.

Earlier this month, the Treasury Department issued “proposed final regulations” to eliminate a provision in the tax code that effectively allows wealthy people to greatly discount the value of shares in a family limited partnership given to family members. These partnerships are able to own assets like family business, real estate and securities.

The discount, which has been allowed since the 1990s, is granted for what is considered a lack of marketability for minority shares in these partnerships. If a family member, for example, wanted to sell his or her share in a partnership that was entirely owned by other family members, the pool of buyers might well be limited to his or her relatives. They might not have the money — or desire — to buy him out.

This provision, contained in section 2704 of the Internal Revenue Code, has been abused by aggressive tax planners and lawyers who used the discount, sometimes as high as 40 percent, and applied it to partnerships that contained marketable securities or other assets that could otherwise be easily valued and sold. ...

Tax experts do not rule out that these new regulations, although labeled final, could be changed in the comment period. Their enactment, which is set for 30 days after they become final, could also be delayed. At the earliest they would take effect on Dec. 31.

Still, predicting when the regulations will take effect is beyond people’s control and could be risky for those who would benefit from a family partnership.

“There is no mulligan,” said Mark Parthemer, senior fiduciary counsel at Bessemer Trust. “If a family is considering doing some tax planning and they’re putting it off to next year, they can’t go back in time and take advantage of the discounts.”

Some planners are drawing parallels to the fourth quarter of 2012, when wealthy people scrambled to make gifts under what was then a $5.12 million exemption for individuals. The rush was generated by the fear that the Obama administration would abolish or greatly reduce the exemption in 2013. Instead, the government kept it in place, with an annual increase for inflation.

For the very wealthy, there is good reason to set up a family limited partnership by the end of the year. The discounting, for example, can turn a $10 million gift into $6.5 million for tax purposes.

Ronald Aucutt, an estate-tax lawyer with McGuireWoods LLP in Washington, says that in some cases families simply wait until three years after the original owner’s estate-tax return is filed and the statute of limitations for an audit expires. Then they dissolve the holding company and divide up the assets, having bypassed tax on a large chunk of market value. “This drives the IRS crazy,” he says.

The proposed changes in the rules would allow the IRS to ignore many discounts in entities where they currently apply and collect far more estate or gift tax. In addition, the IRS could disallow even more discounts if a taxpayer dies within three years after making certain gifts. Mr. Aucutt thinks the Treasury Department and IRS have the authority to make such changes.

Critics of the changes call them far too broad. “This is an example of Treasury overstepping its bounds,” says John Porter, an attorney with Baker Botts in Houston, who has won landmark court cases involving discounts.

Mr. Porter points out that the proposed changes apply to nearly all family-controlled entities, even those holding operating businesses. “If these rules go through in current form, business owners are going to be taxed on value they may not have, or have access to,” he says. He expects a court challenge unless there are substantial revisions to the rules.

Experts say it is unclear whether revisions are likely, or what they might be. The Treasury and the IRS are accepting comments on the proposals, and a hearing is scheduled for Dec. 1. Some think the administration will push to finish them before a new president takes office.

There is a window of opportunity for people who have or want to have entities with valuation discounts, because the most important changes won’t take effect until 30 days after the rules are made final.