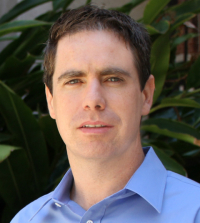 The University of California, Irvine School of Law tax Professor Omri Marian has been appointed the United States national reporter for next year’s Congress of the European Association of Tax Law Professors (EATLP), a professional organization of professors teaching tax law at universities in Europe. The annual Congress will be held June 2017 in Lodz, Poland. This year’s topic is “Corporate Tax Residence and Mobility” and national reporters are called upon to submit a report describing the legal status in their jurisdiction on the topic. ...

“Over the past few years the issues of tax residence of corporations gained much attention in the United States, particularly in relation to corporate inversions, where, by the magic of paperwork, a multinational corporation is American in the morning, and Irish by evening," said Prof. Omri Marian. "I’m excited to have the opportunity to discuss such an important issue of tax policy, at such a prestigious venue."