Is The ABA Using Dallas, Ave Maria Law Schools As Scapegoats To Deflect Criticism From Department Of Education? 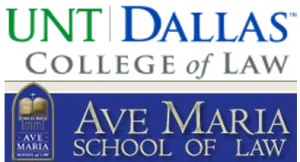 Inside Higher Ed, ABA Tightens Up:

The ABA takes a hard line on two law schools' admissions standards amid criticism that the group's accrediting arm is not doing enough to help struggling law-school graduates.

The bar association also has considered tightening bar-passage standards to make them tougher for schools to meet. Taken together, the moves might indicate a tougher approach at a time when law-school graduates are facing a tougher job market with ever-growing debt loads.

The struggles of law-schools' former students have led to increased criticism of the association and the schools. That scrutiny came to a head in a summer meeting of the federal panel that oversees higher education accreditors, who grilled ABA leaders over their monitoring practices and suspended the group from accrediting new institutions for one year.

Some critics of the ABA, however, still see the organization falling short. And they question whether its recent oversight actions are fair to the institutions involved. ...

The bar-passage standards and tough action on admissions practices for two institutions might signal a reaction to the broadside the group received from NACIQI. But recommendations on UNT-Dallas and Ave Maria were in the works long before the association was taken to task by the feds, as were the discussions on bar passage standards, said Barry Currier, managing director of the ABA’s section of legal education and admissions to the bar. ...

Ohio State University law professor Deborah Jones Merritt said it’s important that ABA is enforcing its standards or (in the case of new bar passage standards) creating stronger ones. But she said the organization’s accrediting arm hadn’t taken enough of a nuanced approach toward UNT Dallas specifically. Whether a school is admitting students who will succeed in law school and in taking the bar exam is not just a matter of LSAT scores, Merritt said. ... “This just seems to me to be completely wrongheaded. They are doing the exact types of things that we need somebody to do,” Merritt said. “They are doing remarkable amounts of student feedback, which we just don’t see in law schools.” She said the school was the victim of unfortunate timing and outside pressures for more action from ABA.

Or maybe it's not as much about "deflecting criticism" as it is about the ABA finally starting to do its job of policing these poorly performing, fourth-tier law schools. If it took the DOE embarrassing the ABA into finally doing its job, then so be it. The ends justify the means - especially since the continued operation of these lower tier law schools is occurring on the backs of the unqualified students being placed in $150,000 or more of nondischargeable debt.

Deborah Jones Merritt and her ilk are enabling these predatory law schools to continue their scams. Everyone understands that the LSAT is not the sole measure of a student's likely success in law school or on the bar exam, but it certainly is a major indicator of such success, and pretending that it's somehow acceptable for these fourth-tier embarrassments to continue to admit students with LSAT scores in the 130s is ridiculous. Professor Merritt should be ashamed of herself.

Pretending that these schools are admitting students with LSAT scores of 137 due to a "holistic approach to admissions" rather than due to their desire to keep their doors open and their cushy law school sinecures intact is offensive.

I suspect and hope that several more law schools will be denied accreditation, probated, and/or de-accredited. This embarrassment has gone on long enough.

Requiring a 75% bar passage rate may be too tough in California.