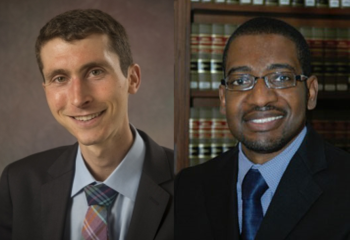 As part of its summer workshop series, Ohio State’s Moritz College of Law invites junior scholars to present works-in-progress.  This summer, we had the pleasure of hosting both Daniel Hemel, an assistant professor at the University of Chicago Law School and Goldburn Maynard, an assistant professor at the University of Louisville Brandeis School of Law.  Both junior tax scholars are challenging the ways in which tax policy makers think about equity in the context of distributive justice.

Maynard, whose work-in-progress finds its intellectual genesis in Murphy & Nagel’s The Myth of Ownership and Reuven Avi-Yonah’s “The Three Goals of Taxation,” focused on the prominence of everyday libertarianism in tax litigation and policy making.  Tax’s redistributive function, he asserted, should be tethered to equality rather than to economic liberty or to efficiency.  While acknowledging that “equality,” could mean different things to different people, Maynard concentrated on equality of income or wealth, rather than on more difficult-to-quantify forms, such as equality of opportunity. Although he did not explicitly raise it, Maynard seems also to be contemplating an eventual challenge to the sufficiency of vertical equity as a measuring stick in tax policy.  At this point, though, his goal is primarily to widen the discussion.

Hemel, too, is thinking of distributive justice in broader terms.  Using the home mortgage interest deduction as a case study, Hemel and Kyle Rozema, a postdoctoral fellow at the Northwestern-Pritzker School of Law, argue that labeling a tax provision as “progressive” or “regressive” should not be done in isolation.  Instead, scholars and policy makers should look both at the operation of a provision within the context of the Code and at the reallocation of revenue generated by a provision’s amendment or repeal. ...

That the traditional tax policy cannon (if there is such a thing) would breed restiveness in junior scholars at a time of political and class unrest should come as no surprise.  Maynard’s assertion that equality has separate meaning and import, and Hemel’s and Rozema’s argument that tax analysis is only half of the picture push tax policy scholarship in a direction that is more pragmatic, building a bridge of sorts between what students of tax policy learn and what is happening in government.  It will be interesting to see what the future holds both for these young scholars and for the world of tax policy more generally.