Clinton v. Trump: What Happens To Your Income Taxes? 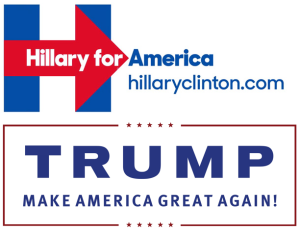 David Cay Johnston, Clinton vs. Trump: What Happens to Your Income Taxes?:

Let’s look at a few of the more curious aspects of the Clinton and Trump plans for individual income tax now that both candidates have put out reasonably comprehensive proposals they promise to take to Congress next year. The bottom line: Clinton and Trump both offer conventional, predictable and minimally significant changes, not reform. ...

The reality is that Congress, not presidents, sets tax rules and rates. The proposals by Clinton and Trump – while quite different – are just tinkering around the edges and vote-seeking, not real reform of a system that has become so complex, burdensome and capricious in how it treats taxpayers with the same income that no politicians defend the system as it exists.

Then again, no one seems willing to actually reform it, either – because too many in the political donor class have an interest in preserving this or that provision.

What about Gary Johnson?

I agree that it mostly tinkering but that if the candidates could get their plan enacted, Trump's plan would give most of the savings to the wealthy while sticking the country with the deficit. Also, if anyone is interested, David Cay Johnston's new book "The Making of Donald Trump" is a very good book and should remind those that deal with Trump that you should get paid up front.