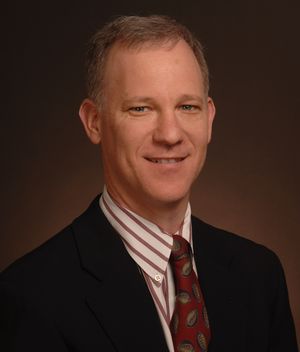 Our law and economic brethren never tire of telling us that markets are the perfect solution for just about any problem. So, what is the biggest problem facing law schools? The slowdown in the legal employment market? The steep decline in applicants? Rising tuition? If you ask law professors and administrators, many would likely say the U.S. News & World rankings, which evaluate schools on an ever changing array of factors, often leading to head scratching results. Who doesn’t know of a school that is over or underrated?

I say we unleash the market on this problem. And by that I don’t mean create competing ranking systems that focus on more relevant factors. Instead, let’s treat schools like securities or commodities, with the rankings as their value, and allow people to buy and sell derivatives. Think a school is overrated? Short it. Think it is underrated? Go long. (Yes, Brian Leiter, I’m thinking of you and USD) If there is truly wisdom in crowds, the derivative market for schools could tell us (legal academics, prospective students, and employers) a lot more about schools than a much-maligned magazine. Think of this as akin to unskewed polls. Or perhaps not. That didn’t end so well, if memory serves.

Now I know this sounds crazy—and I’m not saying it’s not—but bear with me for a moment. Significant research is being done into predictive markets in a variety of different contexts. For instance, there is now a derivative market for presidential candidates (distinct from the actual market in which large donors participate), which some believe are more accurate than polls. Some companies are using this approach with their employees to get a handle on anticipated sales and other figures. They’re finding that markets beat estimates made the traditional way. The key is that people must have some skin in the game. It turns out that it’s not only a pending execution that focuses the mind.

Perhaps what we need is to extend something like the Securities Act of 1933 and Securities Exchange Act of 1934, and the ensuing regulations and jurisprudence, to cover this new market. Adopting securities standards would reduce the burdens of proving fraud in the traditional context, perhaps giving fuel to the many lawsuits against law schools that have recently been filed and mostly dismissed.

Another potential issue would be insider trading. Imagine the admissions director, who knows that her median LSAT is about to fall 2 points, shorting her school. Or, for more subtlety, the dean who knows that financial aid will significantly increase or decrease in the coming year. While some have argued that insider trading is a positive good because it sends market signals and aids efficiency, the law hasn’t quite caught up with them. Just imagining the lawsuits fills me with delight (from a purely legal perspective, of course).

We could explore again in this new context the question of who properly should be classified as an insider. How about large donors or legislators (in the case of public schools) when they know they are about to drop change-your-life money on a school? And what about tipper/tippee liability? The possibilities are truly endless.

For those who are over exposed or risk averse, we could add options to the mix to allow them to hedge their risks. We will have to decide what to do about short sellers. In one view, short sellers are vultures who take on more than just a rooting interest in the collapse of a given company or commodity. In another view, short sellers are important market players who expose fraud and overvaluation, correcting market failures. Law school transparency sort of fills this role under the current system.

If we regulate short selling too much, we’ll miss out on a lot of fun and games. Who hasn’t enjoyed watching the epic battle between hedge fund manager Bill Ackman and Herbalife, as Ackman has relentlessly (and apparently futilely) attempted to have Herbalife branded an illegal pyramid scheme? Just think what Paul Campos would do if there were real money at stake.

One of the benefits of this market is that it is impervious to bubbles. There will always be a number 1, so the market as a whole cannot fall. Only individual schools are capable of movement. The downside is that broad market index funds won’t work. However, index funds focused on market segments, such as public schools, religious schools, or schools whose name begins with the word “The” could work. So could managed funds, where fund managers do their research and handpick the schools they wish to hold or short.

Finally, in a fit of paternalism, we may want to think about margin rules to prevent over-eager market participants from going all in—and more—on a school or set of schools.

If the recent experience with mortgage backed securities and collateralized debt obligations is any indication, this could be huge! We could create a market involving billions and even trillions of dollars. And instead of listening to people gripe when the new U.S. News rankings come out, we can tell them to put their money where their mouth is. I will leave it to others to work out the details, such as how Dodd-Franks may affect all of this. I’m on to the next project, trying to convince Draft Kings to create a law professor fantasy league. All I ask for is credit, 10% of the take, and the opportunity to short our in-state rival to the South.  Go Devils!

"If the recent experience with mortgage backed securities and collateralized debt obligations is any indication, this could be huge! We could create a market involving billions and even trillions of dollars."

One wonders if the author is aware that there is already a vast market for Student Loan Asset-Backed Securities (SLABS), both for private student loans and federal loans made under the erstwhile FFEL program. In fact, Access, that law school consortium-owned entity that now works to foster more *access* to law schools, was a lender itself before Direct Lending kneecapped it; if memory serves, they originated more than $10 billion in SLABS just since 2000. Institutional investors can already short or long SLABS that have various percentages of law school loans in them.

There is no pure market for law schools as long as the government continues to pour unlimited student loans (a subsidy) into the mix. The law schools are riskless actors and have no skin in the game, so they only have upside as far as enrolling as many people as possible is concerned. And the only regulatory constraint on them is the ABA and they have been a captured regulator for so long that no-one even knows what the concept of regulation of law schools looks like.
USN&WR does not provide an accurate picture of the value-for-money of attending law school. No purely numerical ranking can do that, so any purely numerical ranking functions in the market as misleading non-information.
In a true market world, tuitions would reflect the true value of a law degree. HYS tuition would be much, much higher than Podunk Law School tuition, because the value of the HYS degree is much higher. You would know the value of a law degree by checking law firm attorney bios on the internet, lawyer directories, etc., to see the schools the high-paying Biglaw firms hire from. Not all students value high salaries above all else; some students also value strength of training in particular areas of the law, some also value a particular religious perspective or a philosophical approach such as law-and-economics, that not all law schools offer, etc., and these factors, taken as a whole, would ultimately set tuition prices at each school.