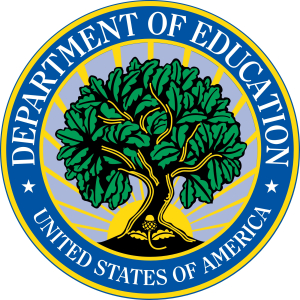 For-profit colleges and their advocates are aggressively fighting the Obama administration’s proposed rule for federal loan forgiveness, arguing that the regulation is subjective and overly broad, and will “crush” the sector while costing taxpayers many billions of dollars.

Yet for-profits aren’t the only ones fretting about the rule, which is slated to go into effect next year if enacted. Many nonprofit colleges also face financial and reputational challenges due to the scope of the so-called borrower-defense-to-repayment proposal, said lawyers and several traditional higher education groups.

While traditional colleges' vulnerability largely has flown under the radar, the rule's broad definition of what constitutes a misrepresentation in marketing to students and its new requirements for the financial stability of institutions in particular could pose risks.

“It’s a dramatic expansion,” said Stan Freeman, a lawyer with the D.C.-based firm Powers Pyles Sutter & Verville. “This should be a concern to all postsecondary education, not just for-profits.”

The U.S. Department of Education crafted the 530-page regulation mostly in response to the collapse of Corinthian Colleges. ... Department officials said the regulation was aimed primarily at for-profits, where they said most of the fraud, misrepresentation and financial risks exist. ... Yet nonprofit colleges also are covered by most of the rule. And both the National Association of College and University Business Officers and the National Association of Independent Colleges and Universities said their member institutions could be sanctioned under the proposed regulation. ...

Graduate schools could be vulnerable in particular, according to a recent article by BuzzFeed. So could historically black colleges and universities. ...

Colleges would be on the hook financially if their former students' claims were to succeed. That’s because the department could require colleges to pay off borrowers' loan balances. ...

Experts are split on whether the new rule will snag only egregious misrepresentations by colleges, or if it might also catch careless mistakes. ... [F]or-profits and several lawyers, as well as a couple of traditional higher education associations, said the proposed misrepresentation and financial responsibility language is broad, and even “onerous” or “draconian.”

A key complaint centers on the department’s view of what constitutes a substantial misrepresentation. As Cooley, a law firm that represents colleges, including nonprofits, explained in a written notice to its clients, the feds have proposed to “enormously broaden” that definition by eliminating the need to prove any intent by the college to deceive students. The nature of what could be construed as a false, erroneous or misleading statement “is so broad as to challenge reasonable interpretation,” said the firm, which could benefit from concern about proposed federal regulations.

Possible problem areas, some said, could include fudged admissions numbers colleges have submitted to boost their rankings in U.S. News & World Report or on other lists. These scandals have involved both graduate and undergraduate programs at selective institutions, and could be grounds for borrower defense claims.

Many nonprofit colleges also brag about the job-placement rates of their graduates, some claiming rates as high as 99 percent on billboards and their websites. If institutions' advertisements on job placement fail to include methodology or disclaimers, they could trip on the new standard for misrepresentation, experts said.

Rob T. says,
"This person might want to read more of my past posts before rushing to judgment. Even if, arguendo, I am a Pavlov's dog in my own way, it beats sounding like a donkey."

As a reader of your posts you sound exactly like a donkey. Who starts a post with "so-and-so brays?" I know the answer, a true jack.... You are the foil to UNE, the things you complain about him/her are the exact things you do, but for the other side of the coin. I know you must sound smart in your head, but to us readers, just a lot of braying.

In that spirit, let me reiterate: a plurality of practicing attorneys are solos and make an average opt hat is just $4,000 per year more than the average starting salary for college graduates regardless of major. Awesome law school wage premiums, that. Easy to see why Noam Scheiber was so impressed. /sarc

Oh data, it wasn't even one week ago you admonished me for comparing two different data sets, now here you are bouncing between BLS and Census data willy-nilly. For shame.

I've read Joyce, Robbie. And Pound. And likely more of the classics - Greco-Roman or otherwise - than you. The upside of unemployment is time to read. No one will ever mistake your Youtube-quality ad hominem output for Joyce. And yeah, it has not gone unnoticed that you cannot keep up with the actual substance of these conversations and instead favor the middle school "you're stupid" mudslinging. It doesn't speak well of your lawyering skills. Speaking of lawyers, virtually everyone here is one, so I think I'm safe in saying that no one is impressed by your dropping archaic words in your substance-free mini-polemics.

"cherry-picking monomaniac" No, that's the fellow who quoted BLS stats and omitted that it leaves out the 1/3 of practicing attorneys who make an average income that is about 1/3 of the BLS median. And are you actually implying that you are OK with law schools making misrepresentations in their marketing? That kind of thing can lead to sanctions for actual lawyers. Not the best example to be setting, Robbie.

It's the same story if you look at U.S. Census data that includes all lawyers--solos, law firm partners and employees--and all law school graduates.

Most law graduates and most lawyers earn good money, especially after a few years of working. Read Simkovic & McIntyre.

It's the same story if you look at U.S. Census data that includes all lawyers--solos, law firm partners and employees--and all law school graduates.

Most law graduates and most lawyers earn good money, especially after a few years of working. If you're "buddy" isn't making good money, then he's near the bottom of the barrel.

This person might want to read more of my past posts before rushing to judgment. Even if, arguendo, I am a Pavlov's dog in my own way, it beats sounding like a donkey.

Google Translate? (laughs) It's seldom wise to project one's own limitations onto others. Those conversant with Ancient philosophy are also aware that the Cynics were so named because, like, dogs, they micturated publicly and indiscriminately. Does that remind anyone of a certain commentator here?

As for the particular reference, I thought it made me sound more like Joyce, actually, but why quibble? In any case, as much as I loathe Pound, I'd rather sound like him than like a bitter, cherry-picking monomaniac to whom the concept is objectivity is apparently even more foreign than untransliterated Greek.

Once again "Data" is incomplete: that BLS data also omits solo practitioners, who comprise about 1/3 of all attorneys and who sport an average salary of just $49,000. http://career.virginia.edu/blog/2015/jul/upside-legal-professions-crisis. And of course, the BLS payroll data for lawyers also omits the >40% of law school graduates every year who fail to land jobs as lawyers.

Hahahaha, Rob T. so much hypocrisy. cannot stop laughing at your own Pavlovian tendencies. or from the root iamalsoonlygoingtopostonalllawschoolisgood/badtopicswiththezealotryofUNE. I think it is Greek in origin, but I could be mistaken.

The median paralegal makes less than the bottom 10% of lawyers.

"The sad thing is that many paralegal jobs are advertised at higher salaries than many current experienced attorneys earn. My buddy applied for a paralegal job because it paid 2x what she was earning as an attorney."

"And people wonder why I'm so cynical about things..."

Not "cynical"--more like embittered, fanatically one-sided, and Manichean. Or, "cynical" only in the sense of the root κυνικός (kynikos), meaning "dog-like", in the Pavlovian sense, as I've mentioned before.

The sad thing is that many paralegal jobs are advertised at higher salaries than many current experienced attorneys earn. My buddy applied for a paralegal job because it paid 2x what she was earning as an attorney. I have heard law firms say that a good paralegal is more "valuable" than an attorney. It's really messed up and I don't get it.

Paralegals would be considered JD Advantage or Other Professional jobs per the ABA employment reports, not as legal jobs.

Maybe they were hired as paralegals or receptionists? Or even as baristas in the break room!

Additional context, from the same link: "Until recently, the claim on Northeastern’s career services page was an outright lie. It has since been edited into a merely deceptive white lie. A fellow 2012 grad told me that career services originally boasted, “Co-op is working: 48% of graduates accepted a full-time position with a former co-op employer.” This claim did not add up. Remember, ABA job data says that only 43 percent of 2012 Northeastern grads found full-time work in the legal field. If only 43 percent have full-time jobs, how could 48 percent have been hired by former co-op employers?"

As a different disgruntled Northeastern Law grad noted a few years ago:

"On its career services web site, NUSL proudly boasts of its co-operative education program: “Co-op is working: 48% of our graduates with full-time legal jobs accepted a position with a former co-op employer.” This claim falls under the heading, “Class of 2012 Highlights,” as if Northeastern’s placement record for the Class of 2012 somehow warrants highlights. In fact, Northeastern’s Class of 2012 fared far worse on the job market than graduates from many other schools. According to stats released by the American Bar Association, 56.2 percent of 2012 grads had acquired full-time, long-term jobs that required bar passage within nine months of graduation. Only 43 percent of NUSL grads had jobs in that category."

And people wonder why I'm so cynical about things...

If there was a just god above, all diploma mills, including many law schools, would answer for their immoral greed.

I don't think I'll see that day, however.