Updated Emmanuel Saez Inequality Data: Bottom 99% Had Income Party Like It's 1999, But Top 1% Did Twice As Well

The top 1 percent income earners in the United States hit a new high last year, according to the latest data from the U.S. Internal Revenue Service. The bottom 99 percent of income earners registered the best real income growth (after factoring in inflation) in 17 years, but the top one percent did even better. The latest IRS data show that incomes for the bottom 99 percent of families grew by 3.9 percent over 2014 levels, the best annual growth rate since 1998, but incomes for those families in the top 1 percent of earners grew even faster, by 7.7 percent, over the same period. (See Figure 1.) 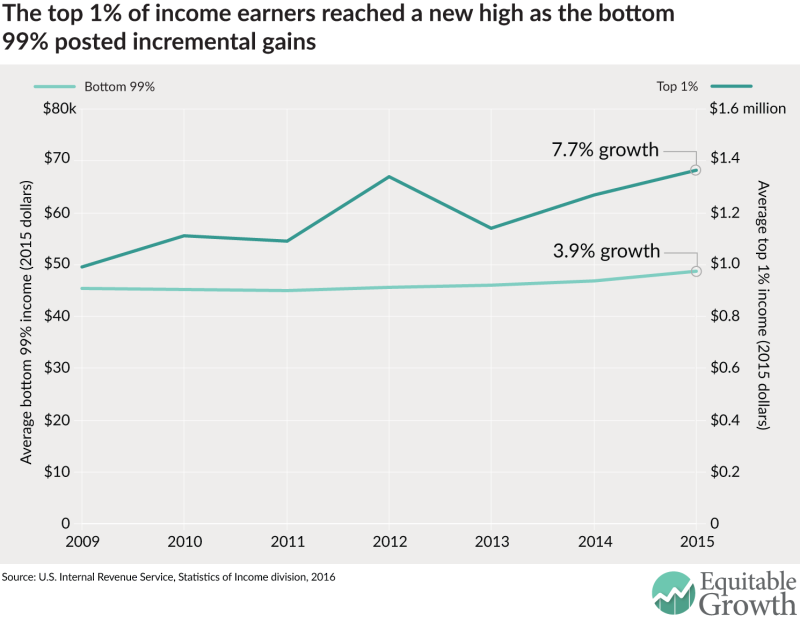 Emmanuel Saez (UC-Berkeley), Striking it Richer: The Evolution of Top Incomes in the United States (Updated with 2015 Preliminary Estimates) (June 30, 2016): 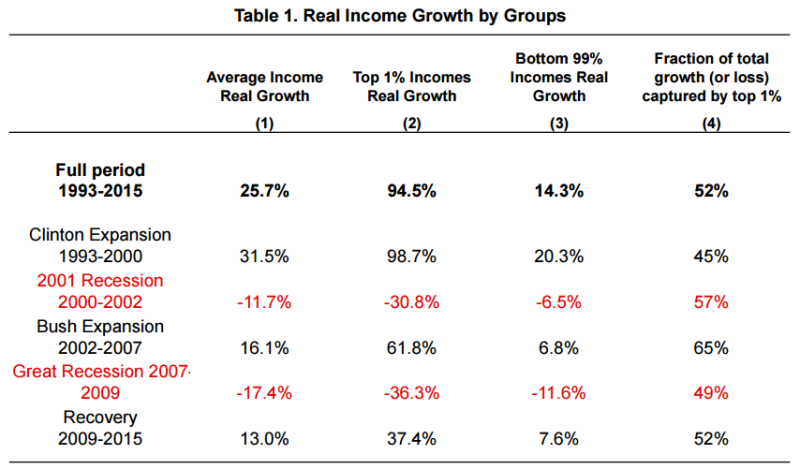 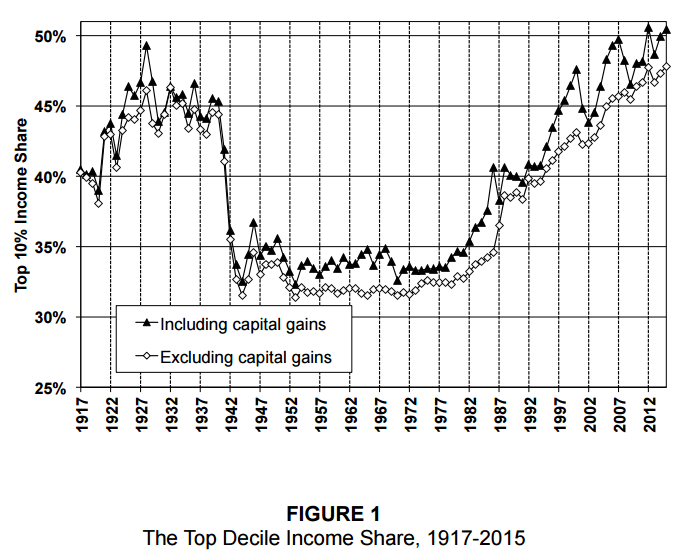 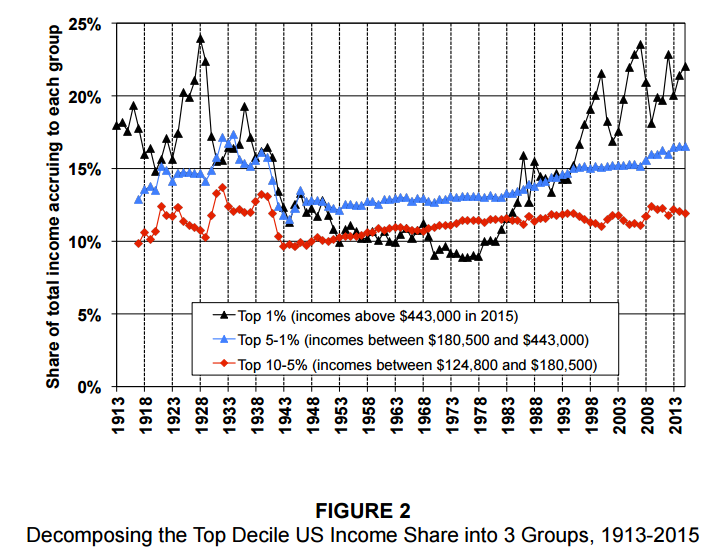 For my perspective, see:

These figures, despite the unconscionable disparity between the top 1% and the rest of us, looks like growth for everyone. So why do I keep hearing that the right-wing is so angry about the economy? Sounds like Clinton and Obama did pretty well; Bush 43 not so much. What is missing here?

As a practitioner, I should be 100% behind Prof. Sanez, and his “beat the rich like a rented mule” philosophy. When I started in this game in 1977 with the IRS, the top tax rate was 70%. The catch, of course, was nobody paid it, particularly liberal Democrats. But, man-oh-man, tax shelter promoters made a bundle. Three to one write-offs, using nonrecourse debt, against 70% rates, I’ll let you do the math.

But as a citizen, I can’t let him get away with this nonsense. Taxes reduce wealth. The government takes from one, gives to the other, and takes its mordita along the way. I’ll say it another way: Wealth is only created by innovation. (Yes, I read Glider.) Because governments are only interested in protecting the status quo, they’ll do whatever it takes to stop innovation, e.g., the City of Austin, Texas shutting down Uber. Remember, if it wasn’t for Henry Ford, we’d still be shoveling horse shit.

Dale,
With all due respect it must be admitted that Henry Ford's income was yet another outrageous example of the disparity PN rightly criticizes as "unconscionable." Yes, we all benefited from Ford's innovations, but only in the material sense. Our spiritual psyche is damaged by allowing some folks to have much more than others. As the late philosopher John Lennon famously almost said, "Imagine no more envy."

Mike, sorry, I can't help you with your spiritual psyche. I'm too busy doing everything I can to become one of the 1%. May I suggest you talk to a spiritual adviser?

I'm still unclear if Saez still excludes non-cash beefits, much of which is tax-exempt, in his income measurements, like he did with Piketty in their famous book. That amounts to around 20% of total compensation today vs. low single digits back in the 1970s.