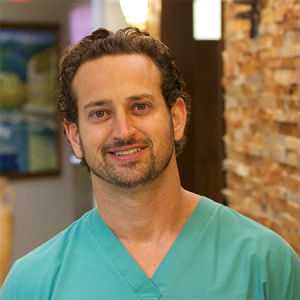 The attorney for Dan Markel’s former brother-in-law, Charles Adelson, said his client was not involved in the FSU law professor’s broad daylight slaying. “Let me be clear,” said Fort Lauderdale attorney Michael D. Weinstein. "Dr. Adelson is denying any participation in this death whatsoever.” ... Charles Adelson has not been questioned by investigators, Weinstein said.

FBI and Tallahassee Police investigators cite Markel’s contentious divorce with Wendi Adelson, Charles’ sister, and the family’s eagerness to move the couple’s two young children to South Florida as the motive for the crime.

Two men, Sigfredo Garcia and Luis Rivera, are facing first-degree murder charges in Markel’s July 2014 killing at his Betton Hills home. He was found with two gunshot wounds to the head still seated in his car inside the garage. Police say the men were “enlisted” to kill Markel.

“They don’t even know who killed Danny Markel,” Weinstein said. “They know two people went to Tallahassee and then radio silence. They want to make a connection to the family without any actual evidence.”

Investigators say Katherine Magbanua, a former girlfriend of Charles Adelson and the mother of two of Garcia’s children, was the connection between the Adelsons and the two alleged hitmen. Weinstein said Magbanua and Charles Adelson dated.  ... Prosecutors last week called Magbanua a suspect and witness in the case. She was one of Charles Adelson's top cell phone contacts around the time Markel was killed.

Weinstein reiterated his client’s lack of involvement in Markel’s death. “In this country,” Weinstein said, “we have the right to actual evidence before we’re convicted. Dr. Adelson denies any liability to this claim whatsoever.”

We talked to Weinstein via skype Friday afternoon.

Weinstein said Charles Adelson was "shocked like everybody else" to hear about the arrests of Sigfredo Garcia and Luis Rivera nearly two years after Dan Markel's murder.

Arrest papers made public after that suggest Garcia and Rivera were hired to commit the murder and that the motive was the "desperate desire of the Adelson family to relocate Wendi and the children to South Florida." ...

He told us Adelson never met Garcia and Rivera.

He admits Charles Adelson was dating the mother of Garcia's children. She worked in his dental office, Weinstein said. "They dated for a short period of time, under a year, and that was it," he said.

He denies Charles Adelson took part in any type of plot to kill Dan Markel. "We're going to say the exact same thing to WCTV as we are going to say to everybody else, and that is we are denying any and all responsibility," Weinstein said.

Weinstein says Charles Adelson has not been interviewed by Tallahassee police.

I'm sure a lawyer would never harm their reputation by telling a fib.

“They don’t even know who killed Danny Markel,” Weinstein said.

I'd expect the guy's lawyer to deny his guilt, but not to deny the obvious. That amplifies the reader's doubts about the first claim.