The Influence Of State Taxes On NBA Free Agency 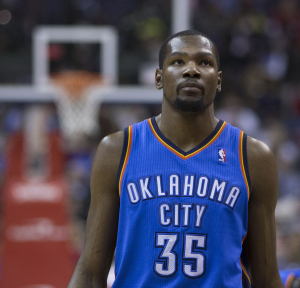 NBA free agency kicked off at midnight.  How important are state tax considerations to players in choosing which team to join?  Kevin Durant reportedly is courting six suitors, two of whom are in states without an income tax: Miami and San Antonio (the others are Boston, Golden State, Los Angeles (Clippers) and Oklahoma City.)  Given his recent tax troubles, Durant may be particularly sensitive to tax considerations in making his free agency decision.  See Slam Online, The Influence of State Taxes on NBA Free Agency:

Modern athletes seem to be more financially literate and are aware of the so-called “Jock Tax” and state taxes. As such, more athletes are signing with teams that are located in states that don’t tax income, like the Miami Heat, the Houston Rockets and San Antonio Spurs.

Navigating free agency can be taxing for players, their accountants and the fans. Attempting to assess who will end up where and the reasons behind their choices is difficult to estimate, and even harder to calculate.

Update:  Sports Illustrated, Why Staying With the Thunder Would Pay Off for Kevin Durant:

Durant’s after-tax, take-home pay will vary based on to what extent his earnings are subject to state income taxes. If Durant seeks to maximize his take-home pay, state tax differences could position the Miami Heat and San Antonio Spurs as the leading franchises to secure his services. ... The extent to which Durant would be subject to state income taxes would depend on which state Durant resides. With the massive increase in NBA television revenue and corresponding increase in the salary cap, the disparity in state income taxes is larger than ever. ...

Without further adieu, our data:

For players who can earn considerable endorsement and public appearance money, there is often the consideration that location in a major hub city such as LA, SF, NYC or Chicago can possibly more than offset the bite taken by state taxes.

Players like Durant get maximum salaries under the CBA caps, so there's not much agents or teams can do about local taxes.

"Jock tax" rules reduce the benefit of picking a team based on the state tax rate where that team is located. However, some players choose their state of residence with taxes in mind, regardless of where they play. Derek Jeter was a resident of Florida for the last several years that he played for the Yankees, a claim which could be upheld because he resided for less than half a year in New York.

Surely agents are smart enough to get teams to adjust offers to offset any difference in state - local income tax liabilities.