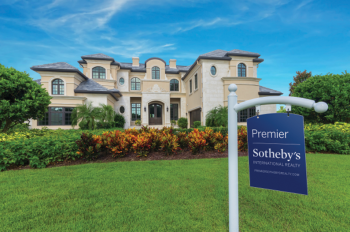 More than a quarter of the all-cash luxury home purchases made using shell companies in Manhattan and Miami were flagged as suspicious in a new effort to unearth money laundering in real estate, the Treasury Department said Wednesday. As a result, officials said they would expand the program to other areas across the country.

The expansion of the effort to identify and track the people behind shell companies, begun in March, means that there will now be increased scrutiny of luxury real estate purchases made in cash in all five boroughs of New York City, counties north of Miami, Los Angeles County, San Diego County, the three counties around San Francisco and the county that includes San Antonio.

The examination, known as a geographic targeting order, is part of a broad effort by the federal government to crack down on money laundering and secretive shell companies.

The areas being added to the order are places where buyers frequently purchase luxury real estate using shell companies, the officials said. The dollar values involved purchases of more than $500,000 or more in Bexar County, which includes San Antonio; $1 million in Florida; $2 million in California; $3 million in Manhattan; and $1.5 million in the other boroughs of New York City. Title insurance companies, which are involved in virtually all real estate transactions, are charged with carrying out the order. ...

Treasury officials said they were seeing benefits to the program in Manhattan and Miami, citing an increase in suspicious-activity reports being filed by banks and noting that the Department of Justice is finding the combination of the real estate and banking information to be helpful in its investigations.

The broadening of the rule signifies that the Treasury Department thinks the benefits to law enforcement from this sort of data collection are likely worth the cost to the industry, said Eric Berg, a lawyer at Foley & Lardner in Milwaukee and former member of the kleptocracy unit at the Department of Justice.

Treasury officials said the data collected in these six markets would be used to evaluate a permanent rule in the future.