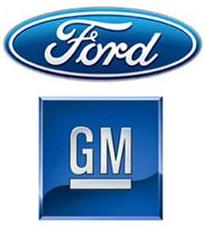 On June 6, Cravath Swaine & Moore announced it was raising base salaries for starting associates from $160,000 per year to $180,000 per year. Of course, firms never give a raise to just one class of associates. There is a “ripple effect” throughout all associate classes, and Cravath raised salaries of all of its associates between $20,000 and $35,000 per year. In the days following, one large firm after another matched the Cravath raise. By now, most of BigLaw has matched the raise.

I couldn’t be happier. Why? Because this is just another straw these firms are adding to the backs of their clients. For some clients, it will be the straw that breaks their back and causes them to break free of the bond that BigLaw has on them. ...  [T]he money to pay for these raises comes directly from the clients of the firms who retain Cravath and the many BigLaw firms that have followed Cravath, like sheep following a leader off the edge of a cliff. ...

Perhaps firms do this because matching Cravath is essential to hiring the best talent. This hypothesis doesn’t withstand scrutiny, however. If you look outside the law, companies like Google have significant data to show that class rank and other markers relied on by firms do not make for better employees. But maybe law firms are different? Not so much.

So why do firms do it? Cravath does it because it can. It is good for its image. It may help it recruit the talent it wants. But Cravath is one of a handful (literally) of firms that lives on bet-the-company matters, where cost is never a concern. But what about the firms that don’t handle solely bet-the-company matters? These are the wannabes, as in they wannabe like Cravath—or the delusional, as in they think they are just like Cravath. But the wannabes and the delusional are not like Cravath. These firms have clients that are cost-conscious. I suspect many clients will complain, and some will move some or all of their work. For some, this raise is the one the broke their backs. For others, it is just the next straw, getting firms that much closer to putting the last straw on their clients’ backs.

History may prove the leaders of the wannabe and delusional firms to be geniuses. Or it may prove them to be like the leaders of GM and Ford in the 1960s, who were unconcerned about their cost structures and the prices of cars they sold, opening the door to Toyota and Honda and other foreign car companies to enter the market and claim more market share every year. In 1954, GM’s market share was 54 percent. In 2009, GM filed for bankruptcy. GM’s market share today is about 17 percent.

At some point, smart leaders think first about the customer. And if law firms had smart leaders, there wouldn’t be stories about associates getting raises like this.

"GM's share collapsed for many of the same reasons that many of the other highly successful American firms of the 50s, 60s and 70s were forced from the market, including a failure to understand the nature of the competition they faced and an inability to respond effectively once they did." http://www.nber.org/papers/w19867

"[T]he arrogance of GM's executives was incredible. Anyone who gave them an honest appraisal of their products' shortcomings would have his head handed to him and his ears blistered." http://www.bloomberg.com/news/articles/2009-06-04/when-gm-first-messed-up

Gosh, this all sounds so familiar somehow... 3..2..1.. until *somebody* comes in to tell us all that law can never undergo structural change because [reasons and citations never given], contrary to the public statements of any number of managing partners of large law firms, the NALP, ABA, BLS, Clay Christensen, etc. ad nauseum.

One more thing. Board members, don't you have a fiduciary duty to your share holders to cut costs and increase profits? Hiring us at $250.00 would serve their best interests.

The legal profession is a buyer's market. There is no need to hire any attorney from Big Law when there are plenty of Solos and Small firms that will do the same work $250. per hour. Corporate America should take advantage of the huge oversupply of attorneys and look to one of us....We have more real practice experience and see the insides of a courtroom everyday....We may not wear Bali shoes and drive ten year old Le Sabres, we can certainly try a case. If I can defend a murder, I can negotiate your transaction. Give us a call!