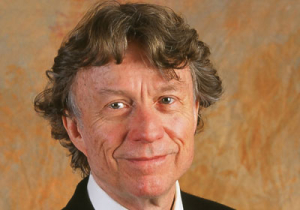 A federal judge has ordered Texas entrepreneur Sam Wyly to pay $1.1 billion in taxes and penalties for committing tax fraud using offshore accounts, even though the former billionaire’s net worth has fallen to a fraction of that amount.

The payment demand from Judge Barbara Houser on Monday was made for federal taxes due as far back as 1992. In a court opinion filed last month, she admitted that the money “may now be more difficult for the government to collect given the passage of time and the dissipation of Sam’s wealth.”

Financial statements filed with the U.S. Bankruptcy Court in Dallas in November 2014 declared that Mr. Wyly’s assets were worth $382.83 million. His spokesman didn’t return requests for comment on the order.

In a May 10 opinion, Judge Houser ruled that Mr. Wyly, 81 years old, and his lawyers created a complex network of offshore accounts to conceal trading profits and “amass tremendous untaxed wealth.”

Specifically, Judge Houser said Mr. Wyly transferred stock options he earned, as compensation for serving as a director of business for software maker Sterling Software Inc. and arts-and-crafts chain Michaels Stores Inc., into the offshore trusts in exchange for a private annuity.

The network enabled Mr. Wyly to “escape his obligation to pay tax on the annuity income he was contractually entitled to receive,” wrote Judge Houser, who called the offshore system “nothing short of mind-numbing…with identically named domestic and foreign corporations, and layers upon layers of foreign entities.”

Mr. Wyly’s lawyers, during a three-week trial, blamed his hired financial professionals. Mr. Wyly testified that he hasn’t prepared his own tax returns since the 1960s.

Judge Houser was not convinced.

“To accept [his] explanation requires the court to be satisfied that it is appropriate for extraordinarily wealthy individuals to hire middlemen to do their bidding in order to insulate themselves from wrongdoing so that, when the fraud is ultimately exposed, they have plausible deniability,” she wrote.

Judge Houser also found that Mr. Wyly’s brother Charles, who died in a 2011 car accident, was also part of the “deceptive and fraudulent” scheme.

He should pay it and sue for a refund.

It would appear that his net worth is going to get a bunch lower than it is now.