Why Microsoft, With $100 Billion Of Cash, Wants To Borrow $26 Billion To Purchase LinkedIn 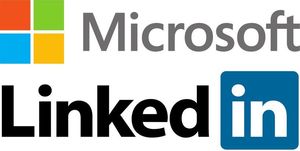 Bloomberg:  Why Microsoft, With $100 Billion, Wants a Loan for LinkedIn, by David Kocieniewski:

Microsoft Corp. has enough cash to buy LinkedIn Corp. four times over. So why is it taking out a big loan to pay for its latest purchase?

Microsoft will avoid having to pay a 35 percent tax rate to repatriate cash from overseas accounts. While it’s true that Microsoft has more than $100 billion in cash and cash equivalents, most of it is parked offshore. Bringing home any of it to fund the proposed $26.2 billion purchase, announced on Monday, would generate a tax bill.

That’s not the only benefit of borrowing. The company could also deduct interest payments, thus lowering its future U.S. tax bill. So by financing the bulk of its purchase with debt, Microsoft could legally sidestep roughly $9 billion in U.S. taxes this year, and save millions more in the years to come by using interest deductions to reduce its taxable income.

“It’s an odd world where a company is awash in cash and chooses to make the acquisition with debts because they don’t want to pay tax,” said Robert McIntyre, executive director of Citizens for Tax Justice. ...

Under the current tax policy, Microsoft’s borrowing was tantamount to “a tax-free repatriation,” said Edward Kleinbard, a tax expert and professor of law and business at University of Southern California.

“The offshore money continues to sit, invested in portfolio assets, earning a rate of return -- and the new borrowing then incurs an income expense, so the two offset each other,” said Kleinbard, a former chief of staff for the congressional Joint Committee on Taxation. “It means a somewhat bloated balance sheet, but that cosmetic blemish is a lot less costly than writing out a big check to the Treasury.” ...

With Congress deeply divided and with a contentious presidential race under way, the prospects of any major tax code changes this year are minuscule, according to tax experts. By borrowing to pay for its LinkedIn purchase, Microsoft preserves its option to take advantage of any repatriation tax breaks that might be enacted by the next Congress and president.

“I believe they are betting that there will be a better way to get the earnings home in the future under most plausible expected tax reforms,” said Kimberly Clausing, an economics professor at Reed College who has written extensively about offshore corporate policy.

This reminds me that I need to read The Black Obelisk by Erich Remarque, who also wrote the much better known All Is Quiet on the Western Front. Here’s Wikipedia’s summary:

“Thanks to this diversity of activities , Ludwig interacts with a wide cross-section of the German population of his town and the surrounding villages and we are allowed to witness those interactions. We see, for example, businessmen – some trying to stick to the old principles and going bankrupt, others speculating on stocks, exploiting the system and becoming rich in morally ambiguous ways. We see war veterans – some highly critical of the old ways that led them to a failed war, others longing for the old days of military discipline and turning into inflexible nationalists hailing the virtues of their rising leader, Adolf Hitler.”

Broaden out veterans to those being stomped on now, and it’s not that different from what is happening today, including the ability of a well-connected few, here Microsoft, to exploit “the system” and become “rich in morally ambiguous ways.” Think too of Apple, Google, U2 and others who’ve used that Double Irish sandwich to avoid EU taxes.

I’m skeptical we’ll get this mess straightened out. There are far too many people who’ve grown enormously rich playing these games.

This Linked In is a crap, scam. For some reason, I have 8 profiles on there and I didn't even do anything. It's like all these other sites that somehow have a profile of me. One lists me as a high faluten litigator.....Another lists my law firms annual income at one million or greater. Can't even correct them to tell them of my three bill retail theft schlepper lawyer status.

I can't image how LinkedIn could be worth $100 Billion!
Ahhh, part of a scheme to repatriate offshore profits and leave the IRS out of it!
OK, uhmmm, maybe it's time to offload that old bridge down in Brooklyn.....