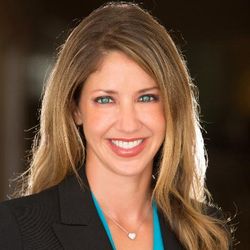 Following up on yesterday's post on Wendi Adelson's discussion of the murder of her ex-husband Dan Markel on the Writing Class Radio Podcast:

David Lat provides a transcript and commentary on Wendi's story and other remarks in:

Before we dig into the podcasts, a macro-level observation: I view this as additional evidence that Wendi Adelson did not know about, and was not involved in, the murder of Dan Markel. ... [I]f Wendi knew about or was involved in Dan’s murder and then wrote about it for a class and spoke about it on a podcast, she would have to be stupid, insane, or both. ...

That said, there are aspects of the podcast that some listeners might find chilling or insensitive. And in an interesting twist, Wendi herself at times acknowledges the creepiness factor. The resulting podcast is rich and has so many layers to it; I’ve listened to it about a half-dozen times now. I’m going to discuss some highlights below, but do yourself a favor and listen to the original during your commute or while at the gym. You won’t regret it.

I am far from a member of “Team Wendi” — in my opinion, she acted abominably in the divorce (more on that later) — but as I’ve written before, I don’t think she was involved in Dan’s murder or had advance knowledge of it (although it’s possible she at some point in the past two years acquired such knowledge)