Tallahassee Democrat, Mystery Endures: What We Don't Know About the Markel Investigation:

A surge of initial details following the first arrest in the 2014 killing of Dan Markel provided a rough but compelling outline of what investigators say happened to the Florida State law professor.

But more than a week after the bombshell probable cause report for the arrest of 34-year-old Sigfredo Garcia was made public, many key questions remain unanswered.

With no more arrests — so far — theories still swirl in the case that has captivated Tallahassee and beyond.

Here are some of the outstanding mysteries yet to be revealed: 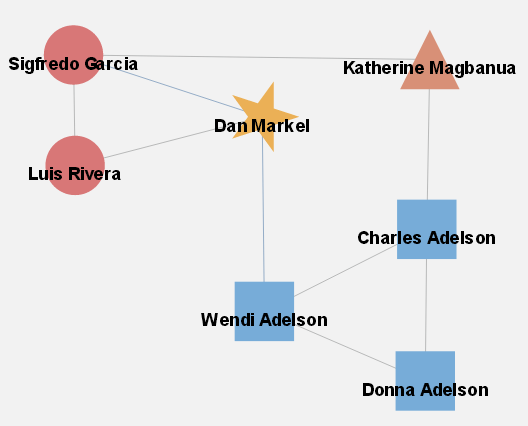 Internal Tallahassee Police Department emails reveal acrimony with the State Attorney's Office in the days before and after the unforeseen release of documents in the Dan Markel murder investigation.

Two days after Abbey's email, Chief Circuit Judge Jonathan Sjostrom would sign the order to unseal the document just minutes before Garcia made his first appearance in Leon County court. The action blindsided city officials, who found out the document was released through local media.

People Magazine, Ex-Wife of Murdered Florida Law Professor, Whose Family Police Have Tied to His Death: 'This is My Side of the Story':

More than a year before police alleged a link between her family and the accused killer of her ex-husband Dan Markel, fellow former Florida law professor Wendi Adelson opened up about public suspicion that she was involved in the 2014 murder.

"He died violently and young, and likely at the hands of a professional killer, and the media had a field day in response," Adelson wrote and recited on a podcast, which was part of a writing class she took last year in South Florida. "I turned on the TV to find photos of my children with Nancy Grace, George Stephanopoulos saying my name in reference to our 'acrimonious divorce,' and a picture my friend took when I was her maid of honor showed as evidence of why I should be treated as a murder suspect, and not the mother of two fatherless boys." ...

"On July 18, 2014, someone shot my ex-husband in the head while he was pulling into our garage after he dropped our then 3- and 4-year old sons off at school," Adelson wrote and recites. "I only found out this information when the police picked me up from a lunch date I was having with two girlfriends and insisted that I come with them back to the station, and then interrogated me for eight straight hours. Because it's usually the ex-wife."...

"But the truth is that I miss my life. I was a professor at Florida State University College of Law. I was so proud to be a public interest attorney and a mentor to my students. The novel I had just written about my clients' stories had just been chosen as the common read for all first-year students at FSU. In August I was supposed to be the commencement speaker, and then I was supposed to take my brain-cancer-surviving, just-turned seventy father on a trip to Machu Picchu."

"And I don't get to complain that I didn't do any of those things, because I am alive," she concluded.

After hearing reaction from her classmates, Adelson returned with a more-developed version. An acquaintance of Adelson's tells PEOPLE that comments which could appear flippant instead reflect Adelson's familiar wry irony:

"Ten months ago someone killed the father of my children. First we got divorced, and then he got murdered. In casual conversations I don't know whether to call him my ex-late spouse, or my late ex-spouse. Except that 'late ex-spouse' sounds like Latex spouse."

Elsewhere in her essay, she wrote: "We married when I was in my mid-20s, when I thought I could cheat the system and marry a man I lacked passion and love for because, hey, didn't that die anyway during marriage? I saw his intellect and big heart, and thought he would make a wonderful father for my children. Our marriage dissolved after the children arrived, as the loneliness of being married to someone that didn't view me as an equal crept in. I do believe he loved me the best way he knew how. I mean, he didn't like fiction, so why read my novel? It was logic, not a lack of love."

And she added: "It feels sacrilegious these days even to suggest something less than heroic about my late ex-husband because he was murdered." ...

Adelson has not publicly addressed those allegations, and her attorney, Jimmy Judkins, has not returned PEOPLE's calls seeking comment. Police have not identified any members of the Adelson family as suspects, but say additional arrests are likely. 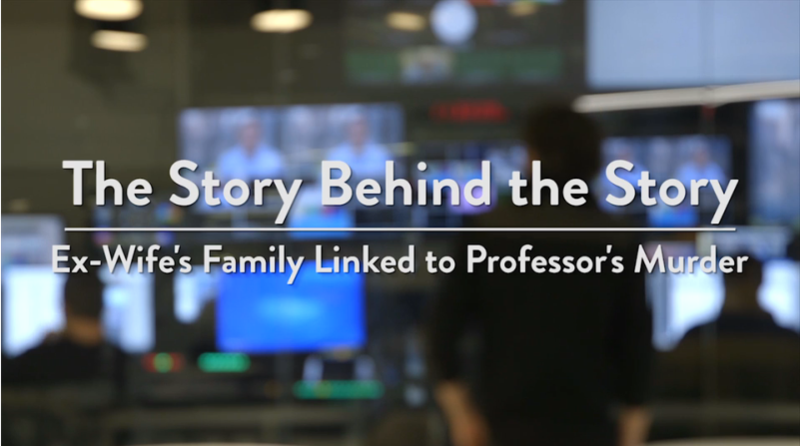 Seems Wendi Adelson saw Dan Markel's "intellect and big heart" and thought she found a patsy who indeed saw through her fiction, and that became a problem. Bang.

The evidence against the Adelsons is probably pretty weak at this point. It seems its just the phone records between Charles Adelson and Magbanua. That, combined with the obvious motive, is pretty powerful, but likely not enough to sustain a conviction.

The police must be looking to make a deal with one of the conspirators to testify against the Adelsons. I think their best bet is with Magbanua, who I'm guessing based on the probable cause affidavit will be the next one arrested. Only so much room to plea down with the actual shooters, but maybe Magbanua's role wasn't so awful that the police can cut a deal to a lesser crime that gets her out in 5-10 yrs.

Focus. Why was Rivera in Tallahassee month prior? Drug Trafficking or other? How long and when did witness FIRST meet Rivera? (Garcia,) Why in/near Frenxh Town ...motel & witness who saw rented car on Tharpe/Mission? Where is daycare Dan (and Wendi) used? Factor? When did Katherine and Charles first meet? (What was Garcia's response?)

> "And I don't get to complain that I didn't do any of those things, because I am alive," she concluded.

It appears the authorities have preliminarily connected the dots with all the players. Why no further arrests?