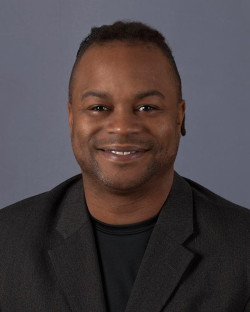 The Philadelphia “soda tax” is an example of how racism works without racists. It is an example of institutional racism, phenomena that tends to exacerbate racial wealth inequality but which is maintained by “well-meaning” people, whites and blacks included.

Let’s concede from the outset that many who support the soda tax have noble intentions. Sin taxes, like cigarette taxes and ante-bellum taxes on slavery and now soda taxes, are attractive because they raise necessary revenue while discouraging otherwise harmful behavior. That’s pretty efficient.

In the case of a soda tax, public health advocates seek to reduce sugar consumption, hopefully reducing the looming financial consequences of a national diabetes epidemic, thereby. Moreover, the proceeds from the soda tax will be dedicated to pre-k education, the benefits of which inure to employers, children and working parents. That which is raised above what is necessary for pre-k education will be used to close budget deficits.

How could such a noble idea be racist especially when quite a few black people support the soda tax?

White folks who support the tax are not racists in the ‘popular’ sense, and the black politicians who voted for it are not “sellouts” or “Uncle Toms”. They are simply trying to solve an immediate short term problem for a specific locale. But, while Philadelphians should be concerned with Philadelphia, black law professors, particularly we who call us ourselves critical race tax theorists, hold the responsibility for pointing out the long term, racial implications of legal rules, including taxes.

When we apply closer scrutiny to the soda tax, it becomes racially suspicious.

While cigarette taxes in other jurisdictions have proven to reduce consumption, it is hard to imagine that the Philadelphia soda tax will reduce diabetes and the public costs therefrom. Diabetes is a national problem, not a Philadelphia one. So long as people are mobile, and becoming more so every day thanks to technology, a sugar tax in Philly will not have a long term health impact on transient resident. Moreover, the tax is easily avoidable by those who have the means to shop outside the city. A sugar or soda tax needs to be national (at least regional) to have a meaningful effect on public health.

Providing pre-kindergarten education can also be discounted by the fact that Philadelphia does not properly fund K-12 education. To the extent severely underfunded public education is or is becoming a school-to-prison pipeline, starting kids earlier becomes merely a way to get parents to their places of employment on time. Health and education are the selling points, while business productivity may be the real aim.

Furthermore, reports claim that even city council members were not informed until the last minute that the soda tax was designed to raise more than what was necessary to fund pre-k education, and that the excess would be used to put a small dent in the city’s budget deficit. A soda tax probably would not come close to passing if closing the city’s budget deficit were the sole, stated aim.

Excise taxes on consumer goods, like soda and sugar, place a higher percentage of the burden to fund government on those without means. They are what tax policy wonks call ‘regressive.’ The income tax is ‘progressive’ because those with higher incomes pay a higher percentage of their incomes to the government. Excise taxes are regressive because they take up more of a poor person’s budget, and they are harder for poor people to avoid.

A soda tax, like any other tax, will also be somewhat counter-productive. Many businesses on the tertiary of the city will leave the jurisdiction to avoid the tax. There are, for example, fast food restaurants and pharmacies on both sides of the aptly named City Line Ave. Because consumers will cross the street to the suburbs to buy their sugared products, we can assume that the businesses will as well. Flight from the city provides not only less tax revenue from business profits, it includes a slight reduction in property values and therefor property taxes, as well as less employees in Philadelphia paying the city’s special wage tax.

So while a soda tax sounds good from a public health and educational perspective, those promises may be empty, and the true motivation is to place a greater burden for government on poor people. The Philadelphia soda tax seems inefficiently designed if public health is the aim, unfairly regressive to the extent the incidence of taxation falls disproportionately on those with lesser means, and an example of asymmetrical market imperfections relating to race because from a national perspective the soda tax can be linked with myriad informal and formal taxes nationwide designed to reduce the incidence of taxation on the wealthy and increase the burden on poor people, particularly in communities that have the least relative political capital, i.e., poor black neighborhoods.

OH, BY THE WAY

How does that make sense? It doesn't. [Granted, it might make sense if African Americans demonstrably consume much more soda than their White and Hispanic counterparts. But Mr. Smith doesn't assert this.]

A lovely poor reasoned article relying on assumptions and conclusions like the following:

"So long as people are mobile, and becoming more so every day thanks to technology, a sugar tax in Philly will not have a long term health impact on transient resident."

"Moreover, the tax is easily avoidable by those who have the means to shop outside the city. A sugar or soda tax needs to be national (at least regional) to have a meaningful effect on public health."

COMMENT: Just because the tax can be avoided, does that mean that it will be avoided? Are we asserting that folks will saddle up into their cars to drive outside city bounds to avoid tax on a bottle of soda? Alternatively, assume that the tax is easily avoidable and people will avoid it. If that is the case (it's not), then what is the objection to a tax that will be avoided?

"A soda tax, like any other tax, will also be somewhat counter-productive. Many businesses on the tertiary of the city will leave the jurisdiction to avoid the tax."

COMMENT: I would challenge you to poll business owners. And before you do, let's acknowledge that we're perhaps talking only about delis. I'm a deli owner, let's say. I would (i) give up my existing lease (or sell my building) and pay up for a new lease (or buy a new building) and (ii) give up my existing customer case and hope that my new location will attract an equal customer base away from existing stores? Because soda sales decrease, at the margin? Really?

"So while a soda tax sounds good from a public health and educational perspective, those promises may be empty, and the true motivation is to place a greater burden for government on poor people."

COMMENT: Law school professor, or diviner of legislative motivation? A series of spurious arguments sets up a conclusion that Philly is out to screw the poor.

This is an interesting argument. The City of Chicago cigarette tax falls on the backs of poor people as well. I have seen increasing numbers of AA folks being prosecuted for selling Loosies (single untaxed cigarettes). Yet, cigarettes are legal. I don't see a problem with someone trying to make a few dollars selling something that is legal!

Wow! A voice of reason. Where did you come from?