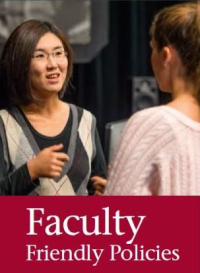 The underrepresentation of women among the senior ranks of scholars has led dozens of universities to adopt family-friendly employment policies. But a recent study of economists in the United States finds that some of these gender-neutral policies have had an unintended consequence: They have advanced the careers of male economists, often at women’s expense.

Similar patterns probably hold in other disciplines, too.

The central problem is that employment policies that are gender-neutral on paper may not be gender-neutral in effect. After all, most women receive parental benefits only after bearing the burden of pregnancy, childbirth, nursing, and often, a larger share of parenting responsibilities. Yet fathers usually receive the same benefits without bearing anything close to the same burden. Given this asymmetry, it’s little wonder some recently instituted benefits have given men an advantage.

To succeed at top universities, academics must finish graduate school, find a job as an assistant professor and then race to establish themselves as world-class researchers before being evaluated for tenure. Succeed within seven years and you have a job for life. Fall short, and you’re fired.

It can be a particularly difficult path for women, for whom this career pressure typically coincides with prime childbearing years. Making matters worse, while many early-career male academics are supported by stay-at-home wives, women more typically wed husbands with their own professional career pressures.

To combat these disparities, many universities have adopted tenure-extension policies that give new parents greater flexibility. Typically, this means extending the seven-year period of tenure evaluation, usually by an extra year for each child. In practice, these policies are usually gender-neutral, giving dads an extra year to establish their reputations, just like moms. Universities typically adopted such policies in the 1990s and early 2000s, while about one-fifth chose not to do so.

The policies led to a 19 percentage-point rise in the probability that a male economist would earn tenure at his first job. In contrast, women’s chances of gaining tenure fell by 22 percentage points. Before the arrival of tenure extension, a little less than 30 percent of both women and men at these institutions gained tenure at their first jobs. The decline for women is therefore very large. It suggests that the new policies made it extraordinarily rare for female economists to clear the tenure hurdle. ...

The researchers compiled new data on the career trajectories of all untenured economists hired over the last 20 years at the 50 leading economics departments, and coupled it with details about policies instituted by those universities that extended the tenure clock for new parents. ... 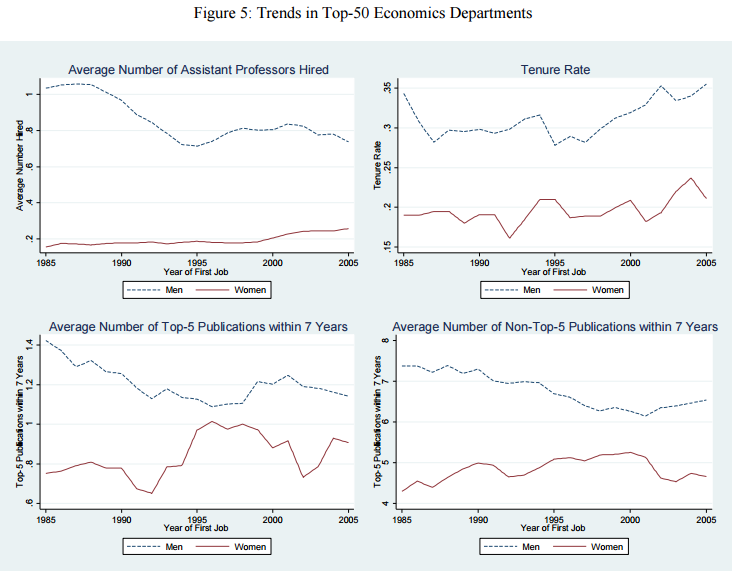 Economics remains a male-dominated field, and the research shows that policies fueled by the best intentions of universities have made an imbalance worse. Three female economists have shown that the tools of economics — which enable a careful assessment of incentives and constraints informed by real-world data — suggest that a more nuanced policy would lead to better outcomes. It leaves me wondering how many other policy mistakes we could avoid, if only we had more female economists.

But the purpose was to help families, not women per se.