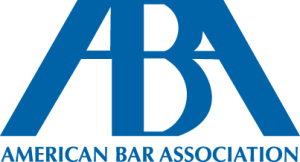 Following up on Friday's post, Department Of Education Panel Recommends Suspension Of ABA's Power To Accredit Law Schools Due To Its 'Lack Of Attention To Student Achievement':

A Department of Education panel on Wednesday recommended that the ABA’s accreditation power for new law schools be suspended for one year, on the basis that the organization failed to implement its student achievement standards and probationary sanctions, while also not meeting its audit process and analysis responsibilities regarding students’ debt levels. ...

“The ABA has been under pressure for quite a number of years about both outcomes for graduates and accurate reporting by law schools, and during the last few years there’s been pressure about the increasing number of students who are admitted with increasingly low test scores,” says Deborah Merritt, an Ohio State University’s Moritz College of Law professor who writes at Law School Cafe. Still, she and other academics were surprised about the announcement, which Paul Caron, a Pepperdine University School of Law professor who edits TaxProfBlog, described as “stunning news.”

Bloomberg Law, Is the ABA on Verge of Losing Law School Accreditation?:

The American Bar Association may be on the brink of a serious rebuke. ... In a little-noticed decision, the National Advisory Committee on Institutional Quality and Integrity on Wednesday recommended the Department of Education suspend for one year the ABA’s ability to accredit new law schools. ...

The NACIQI’s rebuke of the ABA came amid a wider criticism of accreditors before the meeting by undersecretary of education Ted Mitchell. “The unfortunate reality is that not all institutions have students’ best interests at heart or are investing their resources in ways that maximize student success,” said Mitchell. “Accreditors should be the failsafe in these instances. But too often they have been asleep at the switch.”

God, I am so ebullient with joy, that I could kiss George W, Bush on the lips. He was correct when he "de-authorized" the ABA from its influence and veto power over Supreme Court nominees. As I noted in prior posts, they are just a trade organization and nothing more. They host a yearly convention where one can grab some candy and a stress ball from West. They are no different than the National Restaurant Association...and should not have direct regulatory authority.

The possibility of the ABA losing accreditation authority is meaningless unless there is another credible organization ready to take over the job. Who would that be? Who could that be? Law School Transparency? National Bar Association? Anyone else? Who out there can present a viable plan?

@Old Ruster: The first step should be for the DOE itself to set standards for law schools such that those which fall beneath those standards shall no longer be qualified to receive guaranteed federal loan money. Say a median 1L LSAT score of no less than 150 (and no GRE shenanigans) and a bar passage rate no more than 15% less than the state average when averaged over 5 years. That would immediately run the worst offenders out of business and correct much of the problem. Then tweak as needed going forward.

The US Supreme Court could establish various regional offices staffed with regulators. We are talking about nothing short of the legal profession, the Judiciary and the Rule of Law. Nobody said democracy is cheap. Law School regulation was outsourced to a "low bidder" and look what we have.....

Yes! This is going to set things at the ABA into a panic! And by that, I mean they will form an ad hoc committee to review proposals on soliciting feedback of blue panel recommendations about possible revisions to prior comments about a subcommittee of a special licensing review task force on standards. You're going to really see some fireworks at the next meeting of some infinitely unimportant committee four years from now!

It would be nice to think that this official recommendation (and supporting documentation) might be used to re-energize various lawsuits against a number of law schools (whose corrupt cartel captured the relevant parts of the ABA a long, long time ago).

These institutions are run by some of the most venal, highly credentialed, highly corrupt people imaginable - they only understand money and direct punitive action.

Nothing else will alter their rotted personalities.

The criteria needs to include all three factors to put the diploma mills out of business and reduce loan defaults for the taxpayers.

(1) The anticipated job market is important. If there are already too many unemployed liberal artists out there, or too many lawyers, the Feds should not be feeding those glutted markets with easy loan money. It should cut back on the total number of loans for students in those programs, so that students who insist on picking a field that has a labor glut must find another way of paying for their education. Likewise, if a particular institution cannot place its students in the field they trained in, that institution should not be allowed to take loan money for that program.

(2) The student-borrower should have some potential for success in the program enrolled in, and this is where test scores and other credentials come into play. Your 150 LSAT is a good minimum, Boris. Had your proposal been made ten or even five years ago, there would have been very little blowback from law schools to accept 150 as a minimum. These days, I'm sure, there will be a lot of kicking and screaming.

(3) A school that has had lots of past loan defaults does not deserve the taxpayer's money and should be declared ineligible, and without waiting too many years.

I hate to disagree with you, but must here. Each State's highest court regulates the lawyers admitted to its State Bar, and you can bet each would be very reluctant to give that power up to a national regulator. While a national scheme of regulation of lawyers might make sense, you have all the "federalism" politics to overcome before a national scheme can go into effect. Look at the UCC and all its state-by-state variations, the state incorporation statutes, civil procedure rules which can vary widely from state to state, etc. to see progress made on working toward other "national standards" in the law. And occupational regulation itself has so many variations state-to-state.

For critics of ABA accreditation . . .

You can bet the ABA will be lobbying hard and reaching out to the public on the wisdom of keeping law school accreditation in the ABA's hands. This effort must be met with an equally robust response from ABA's critics, a response that includes specific criteria for "an accreditation agency", and which, hopefully includes one or more other organizations that would actually be willing to take on the task of accrediting law schools. I mentioned the National Bar Association and LST in my earlier comment, but there are other organizations that could produce a creditable proposal. And what about creating a (fall-back) reform proposal for the ABA if no other organization steps forward?

Funny how none of the stalwart "everything is fine and always will be because ipse dixit, dammit!" law school defenders are staying far away from this thread, even though the ABA's potential loss of accreditation powers is FAR more significant than any article about law schools written in a given newspaper.