Hemel:  Should Companies Be Required To Include Their Effective Tax Rate On Consumer Labels? 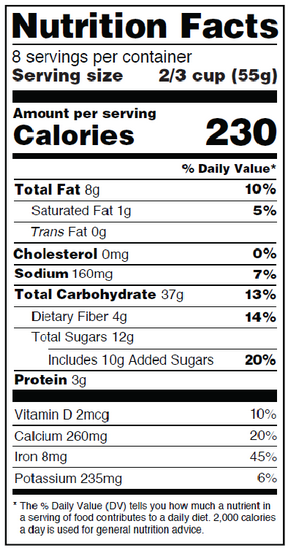 The FDA’s new nutritional labeling rules require manufacturers to make a number of changes to their packaging: they must print calorie content in larger font; they must disclose “added sugars”; and they must include Vitamin D and potassium on the list of vitamins and minerals. Here’s an outside-the-box (or on-the-box?) idea: why not require food manufacturers to disclose their effective tax rates too? The rate could be calculated as the ratio of taxes paid over pre-tax GAAP income, and printed right below carbohydrates and proteins.

Why stop at food labels? After all, when it comes to corporate tax avoidance, food processors are far from the worst offenders. According to data compiled by Aswath Damodaran at NYU’s Stern School of Business, the average effective tax rate for firms in the food processing sector in the United States is 24.6%, lower than the market-wide average (29.12%) but quite a bit higher than air transport (3.54%), oil and gas distribution (11.12%), and hotels and gaming (12.05%). We could, for example, require manufacturers of textiles, apparel, and footwear to disclose their effective tax rates alongside the information they already must include on labels (e.g., fiber content, country of origin, and care instructions). We could require pharmaceutical firms to disclose their effective tax rates alongside adverse reaction warnings. We could require distributors of beer, wine, and liquor to disclose effective tax rates alongside alcohol by volume (ABV). And so on.

Would consumers care enough about effective tax rates that they would adjust their purchasing patterns (and thereby influence corporate behavior)? ...

There are, to be sure, potential pitfalls of tax rate labeling. First, effective tax rates aren’t a perfect measure of corporate tax avoidance. ... Moreover, a tax rate labeling requirement could be challenged on First Amendment grounds . ...

I’m not entirely sold on the idea yet (even though I’m the one doing the selling). But I do think that tax rate labeling might be worth a try at the local level as a test run. At the very least, it’s worth pondering the next time you squint to see how much protein is in a serving of Oikos Greek yogurt. (The answer is 15 grams, or 30% of your daily value. Which, by the way, is almost equal to parent company Danone’s 2015 effective tax rate.)

Perhaps for publicly traded companies. Doubt you'd get private ones to cooperate. Or be able to legally enforce it in their case.

I would enjoy seeing price tags separated into components showing the following:

(1) the product price before taxes and regulatory costs

(2) Added breakdowns of the following:
... (a) federal, state, and local taxes -- including those accumulated along the way through suppliers and at the pump or register
... (b) accumulated direct costs to fund government mandates and regulations, including insurance mandates and EPA rules
... (c) accumulated compliance expenses for legal, accounting, personnel, and adminstration.

"Would consumers care enough about govenment costs that they would adjust their voting patterns (and thereby influence political behavior)?