CBO:  The Distribution Of Household Income And Federal Taxes, 2013

In 2013, according to the Congressional Budget Office’s estimates, average household market income— a comprehensive income measure that consists of labor income, business income, capital income (including capital gains), and retirement income—was approximately $86,000. Government transfers, which include benefits from programs such as Social Security, Medicare, and unemployment insurance, averaged approximately $14,000 per household. The sum of those two amounts, which equals before-tax income, was about $100,000, on average. In this report, CBO analyzed the distribution of four types of federal taxes: individual income taxes, payroll (or social insurance) taxes, corporate income taxes, and excise taxes. Taken together, those taxes amounted to about $20,000 per household, on average, in 2013.1 Thus, average after-tax income—which equals market income plus government transfers minus federal taxes— was about $80,000, and the average federal tax rate (federal taxes divided by before-tax income) was about 20 percent. 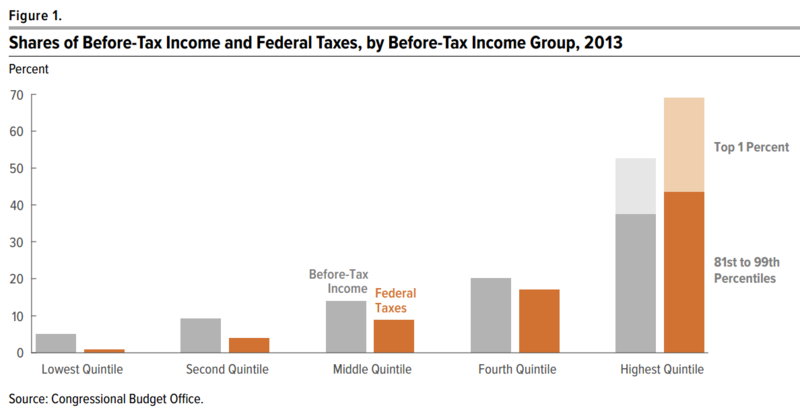 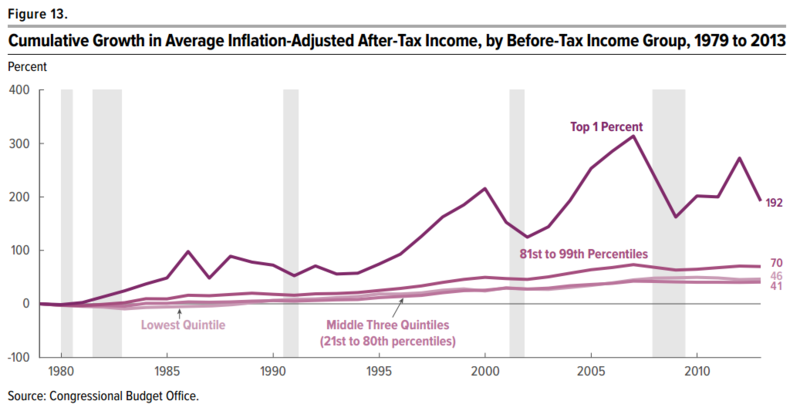 It's amazing the Greenspan panic (2001/2002), where he flooded the market with money, produced more income than the dot.com boom. Of course, when the bubble popped and we discovered the king was naked, we lost all that and more.