The Empire Strikes Back:  LSAC Threatens To Expel University Of Arizona Over Use Of GRE In Law School Admissions 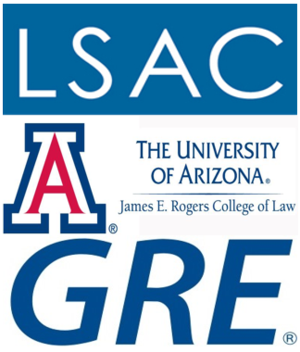 A top-tier law school’s decision to make the Law School Admission Test optional has put it on a collision course with the powerful national nonprofit group that administers the exam and controls much of the law-school application process nationwide.

University of Arizona College of Law has started allowing applicants to take the Graduate Record Examination test in lieu of the LSAT, a move the school hopes will expand and diversify the pool of students considering enrolling.

Since 2010, in the aftermath of the financial crisis, the number of students applying to law schools has shrunk considerably and is only now starting to stabilize. Allowing the GRE, the thinking goes, could give a boost to applications; at least five times as many people took the GRE in the latest admissions cycle as the LSAT.

Arizona Law, based in Tucson, says a study it conducted has convinced school administrators that the GRE, which is accepted by most business schools, is a reliable standardized substitute. But the change of its requirements has drawn them into a clash with Newtown, Pa.,-based Law School Admission Council Inc., which controls the LSAT and acts as a key application clearinghouse for more than 200 law schools across the nation.

LSAC’s general counsel in April notified Arizona Law that the school’s new policy may violate its bylaws, which require that “substantially all of” a law school’s applicants take the LSAT.

The group is considering expelling Arizona Law from its membership, which would effectively cut off the school’s access to a crucial student admissions pipeline. ...

The school said it sent a letter back to the organization Friday that also warned of potential legal risks. “We believe that your proposed action unreasonably restrains competition in the law school admissions testing market,” said Arizona Law’s dean, Marc Miller, in the letter, which was reviewed by The Wall Street Journal. ...

Daniel Crane, an antitrust expert at University of Michigan Law School, said a legal challenge to LSAC’s dominance over the law-school admissions process might be a tough sell. In antitrust litigation, he said, there has been a “history of deference to professional organizations that are performing a gatekeeper function.”

LSAC’s governing board is made up of mostly law school deans and law professors, and schools elect the board chairman. A court looking at the matter, he said, would want to know what other law schools think about LSAC’s role and whether they share Arizona Law’s concerns.

LSAC is a gate keeper or check on the less than honorable admission practices at many law schools. Their role is strikingly similar to that of Tru Car in the automotive industry. Dealers hate Tru Car. Tru Car brings pricing transparency and undermines the inherent transactive power of shady car dealers. Tru Care acts as a barrier and third party regulator checking the power of scum bag dealers who prey on powerless consumers. The more I hear about the admission practices of some law schools, the more I think used car lots and moving iron. Sales.

The unbridled arrogance of the LSAC never ceases to amaze me. I remember a few years ago they raised their prices a not so insignificant amount and their justification was what you would expect from an unaccountable monopoly, something like this: "The number of applicant is down but there is no way our revenue is going down, so you applicants are gonna have to make it up. Don't like it? Too bad. Use someone else. Oh wait, you can't! HAHAHAHAHAHAHAHAHAHAHAH."

UA received an enormous contribution from an alum (James E. Rogers) a few years ago. They can basically buy competent students to keep up appearances.
No, non-profits are not generally exempt from the antitrust laws, but antitrust law is pretty much a dead letter in this country and has been for decades. The FTC might have something to say about it, but I doubt it.

If there was no standardized test requirement, the law school industry would be thriving right now unlike any time in history. Poor LSAT scores discourage interested candidates from enrolling in law school. Great LSAT scores increase bargaining power for scholarships. Both are very bad for law schools.

Sooner or later, law schools will accept who they really are. They don't know about the practice of law, and they don't care about the practice of law. They are here to provide a legal education, that is it. If some of their grads are able to use that legal education to make a career as an attorney, then that is all well and good, but ultimately beside the point. The point is to trade tuition for lectures and degrees.

What is the relevance? Any organization, such as LSAC, the ABA and State Bar Committees that impose standards relevant to the practice of law that have the effect of limiting the number of students is ultimately antagonistic to law schools' interest. Law schools should therefore seek to gain independence from these organizations and their restrictive tools, such as the LSAT and Bar Exam, which have cut into their customer base so far that they threaten schools' existence, and which, at the end of the day offer no benefit to them.

"expand and diversify the pool" to lower IQ and far less prepared students and taking their money while avoiding the us news hit/index score hit that such a strategy normally involves.

Do nonprofits enjoy Sherman act antitrust immunity? It's been a long time since I took the course, but seems like LSAC has market power and its threat seems like maintenance.

It's always exciting to watch a fight where you want both contenders to lose. It's actually a bit surprising that this is where the battleground will be held: since 2011, U. of AZ's applicant pool has only dropped from 1530 to 1337, and their 1L class size has only dropped by a third, from 150 to 100. There are many law schools that have seen >50% application drops and >50% 1L class size reductions over that time. They would not seem to need GRE applicants nearly as badly as any one of these dozens of institutions.

Even blind men saw this coming.